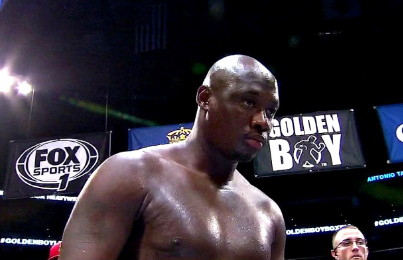 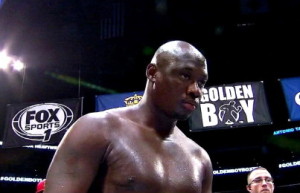 Five-time world champion Antonio “Magic Man” Tarver (30-6, 21 KOs) won’t be concerned about rust this Thursday night when he fights for the first time in more than a year against veteran Johnathan Banks (29-2-1, 19 KOs).

Tarver-Banks is a 10-round heavyweight fight, presented on a Goossen Promotions card, airing live on ESPN2 and ESPN Deportes from Pechanga Resort & Casino in Temecula, California.

Tarver suffered a now-fully-healed fractured thumb to his left hand, closer to the wrist, postponing the original September 29th fight date versus Banks. The 1996 U.S. Olympian has had only five fights in the last six years.

“I’m not concerned with rust,” the cagey southpaw said. “If I’m rusty, it will only be until I’m hit. I’ve been trying to wear off ring rust with intelligent sparring but that’s not like getting reps of a fight.

“I have to beat a solid heavyweight with power like Banks to get where I want to be. I will become the oldest world heavyweight champion in boxing history! He will be surprised by a lot of what I bring into the ring.”

Tarver has been training at the Brazilian Rocky Fight Club in Miami for the past three months to prepare for Thursday’s fight with Banks, who trained world heavyweight champion Wladmir Klitschko for his recent knockout win over Kubrat Pulev.

“I always stress to my fighters in the gym for them to work in rhythm and not be sluggish,” Tarver’s head trainer Orlando Cuellar explained. “Sluggishness and not fighting in rhythm are what shows when there’s ring rust. You always worry about rust. I can honestly say Antonio hasn’t looked rusty but, working in the gym and actual fighting are two different things, and we really won’t really know until this week’s fight. Antonio has always told me that he’s not a good gym fighter but that, once the bell rings for the first round, he’s a great fighter.

“This is the first fight we’ve worked together and Antonio has done everything I’ve asked of him in training for the last three months. He took five days off to be examined by his personal doctor and other than that he’s been working hard, even when he wore a cast. The first four weeks were tough for him because I train my fighters to stop and drop their opponent. It’s high intensity work, much harder than most fighters go through, but he’s given his all in workouts and sparring. With our experience, his as a fighter and me as a trainer, I expect nothing less than the best from Antonio. It’ll be much easier for both of us, training-wise, for his next fight.”

The 46-year-old Tarver, fighting out of Tampa, was one of the world’s top pound-for-pound fighters during a 4-year, 9-fight stretch between 2002-2006, in which he had a 6-3 record, defeating Roy Jones, Jr. in two of three, splitting a pair with Glen Johnson, defeating Montell Griffin, Eric Harding and Reggie Johnson, and losing to Bernard Hopkins.

Banks, 32, has been out of action even longer than Tarver, having last fought June 23, 2013 in a 12-round loss by unanimous decision to Seth Mitchell.

“”Every fight is independent in itself,” Tarver noted, “so, I can’t say I’ve fought anybody like Banks. I have fought a lot of guys with power who know how to box. Everybody has two hands and two feet but he can only use one hand at a time. I simplify things. I will be in my best shape and I won’t be surprised by whatever he brings into the ring.”