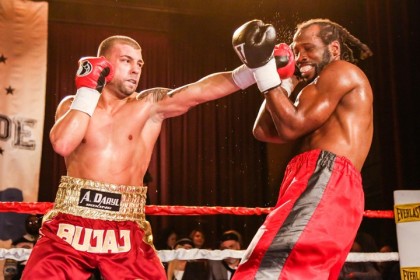 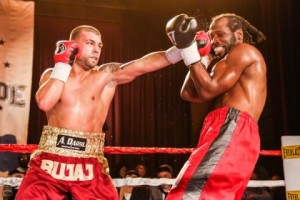 The Holiday Season is in full swing, and soon enough, we will be ringing in the New Year. Already, plans are being hashed out for the year in boxing 2015, and promoter Dmitriy Salita is anticipating the forthcoming year will be chock full of stellar live events, and marked growth for the fighters under his Star of David Promotions banner.

On Jan. 22, Star of David will throw a New Year’s bash, and present an evening of professional boxing at the famed New York City venue Webster Hall, Salita announced today.

“I am happy to be back in Webster Hall, a beautiful landmark building in the heart of New York City,” Salita said. “The January 22nd show will showcase some of the hottest contenders and prospects in the world. The card is stacked from top to bottom!”

Topping the bill will be cruiserweight contender Steven Bujaj (13-0-1), who will defend his New York State cruiserweight title in an eight round bout. Also on the card will be the man who gave Bujaj the roughest test of his career, Junior Wright (12-0-1). The Chicago-based hitter, newly signed to Star of David, fought Bujaj to a draw last May, and has notched two wins since that scrap. Wright will compete in a six-round bout.

Wright, who has his eyes on a world title crack soon, is currently in training camp with WBC light heavyweight champion Adonis Stevenson, to help the Canada-based fighter prepare for his next bout.

Salita is thrilled to have Russian cruiserweight Alexey Zubov (6-0, 4 KOs) on the Webster Hall event. The national amateur champion fought more than 120 amateur bouts, and possesses power in both hands, so it’s a good bet he will score a highlight-reel knockout in NYC.

Also compteting in six round bouts will be New York city favorites and Brooklyn Brawl regulars lightweight Dimash Niyazov (6-0-3, 4 KO’s) & Middleweight Akil Auguste.  Marcos Suarez (3-0-1, 1 KO) will also return to the ring in a four-round Jr. Welterweight bout; all three have a loyal fan base who cheer them on at Star of David promotions.

Popular Italian fighter Super Featherweight  Floriano Pagliara, a fan fave in the NYC region, returns to the ring as well in a six round bout.