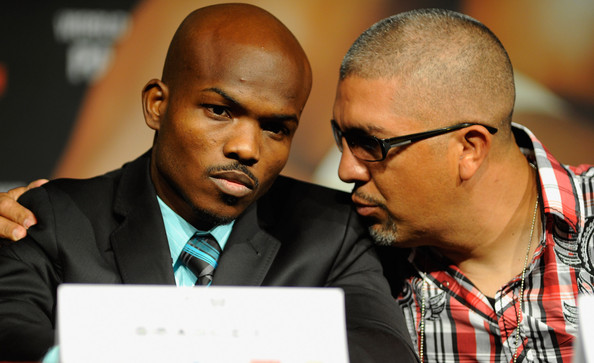 Timothy Bradley and Ruslan Provodnikov officially announced their March 16 HBO main event Wednesday in Los Angeles. Thaboxingvoice.com caught up with Timothy Bradley’s trainer Joel Diaz for a closer look into the mastermind behind Bradley’s game plan for his fight.

Joel Diaz’s life has changed drastically since Timothy Bradley; the biggest star on his stable he trains became a two division champion last June. Bradley became the WBO welterweight champion after beating Manny Pacquiao in a controversial split decision victory June 9th, of last year. The two have become more recognized figures in boxing but not all the attention has been well wishes and admiration. This is due to the manner Bradley became champion, he won a decision where practically only those three ringside judges seen him winning. Ringside media in attendance all had Bradley losing and fans watched on TV in disgust, claiming robbery, while Pacquiao himself was in dismay.

The team will have an opportunity to take steps in the right direction of rebuilding Bradley’s image and showing that he’s as exciting as we remember. They will have the perfect opponent in front of them on the 16th of March. “He’s a tough fighter, he comes forward, nothing special,” said Diaz.

Nothing special is right, until Provodnikov proves he is more than a one trick pony. This will always be the general consensus when speaking of him. So what better way to look good, then to be facing an opponent that’s there to be hit?

Omar Figueroa and Mauricio Herrera will be brought in as lead sparring partners. Figueroa has a nonstop come forward style that he’s used to defeat then undefeated prospect Michael Perez. Herrera also has a come forward, balls to the wall style that he demonstrated in the Mike Alvarado bout. Herrera will prove to be more helpful than normal as he is the one and only man to hand Ruslan Provodnikov his first career loss.

Diaz is more than confident about the end result of this fight. “He has a strong right hand, which he will have problems landing it on Bradley, other than that I don’t see anything special in him.”