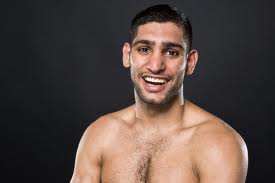 This week featured numerous prize fights with various big names that were trying to move forward or trying to make a comeback it seems. We also had big fights officially announced and possibly matchups thrown at us so let’s dig in and sort it all out boxing fans.

As I had been trying to tell a friend on twitter earlier this week, I don’t believe or judge anything from anyone, especially not about Floyd Mayweather, until I hear it directly from them. Luckily for me Floyd broke down some of the misconceptions and negative talk surrounding a potential fight with Manny Pacquiao by calling the man out on live TV Friday night on Showtime. He stated that he has tried to make the fight in the past and that Bob Arum was the one that was in the way of the fight not happening. First and foremost Mayweather coming out on live TV and saying he wants the Pacman fight should be a good enough start but I know there are just too many people that dislike Floyd for that to be the case. So I got an idea to call his bluff. Bob Arum needs to just take some step aside money and see if Floyd takes the fight. It can be put into the contract that if Floyd loses he will have to work with Arum on the rematch and do more normal negotiations. In the meantime he can work with Todd DuBoef from Top Rank whom he still has a good relationship with and they can hash out the details of the super fight. Manny says he wants the fight to happen and so does Arum so the way I see it they can show just how much they want it and force Floyd’s hand by having Arum step back from the process for this one fight. DuBoef is more than capable of getting it done. One way or the other I don’t think either fighter has anywhere else to go after seeing this past week’s fights because no one who fought deserves to fight either one. And I mean no one.

Thurman Only Talked a Good Game

In what seemingly was the most disappointing performance of the night, Keith “Erislandy” (I mean “one time”) Thurman decided he was going to get Floyd Mayweather’s attention by running around the ring from Leonard Bundu. Yeah this is the same Bundu who only has 11 KOs in 31 fights. For some unknown reason Thurman decided he needed to stay on the back foot and NEVER come forward against a fighter who isn’t even a puncher. The crowd let him know that he was producing a horrible show by booing the heck out of him throughout and after the fight. Keith showed some good boxing skills and even switched to southpaw at times but that wasn’t the problem. Before the fight Keith was talking about how Mayweather should be scared of him and how he was going to knock Mayweather out and “burn money” in 2015. Well Keith you burnt money all right but it was the money that would have been in your purse if you would have fought a meaningful fight that made a statement. You can’t talk about how you got your nickname and have a prefight hype video to back it up and then go out there and run from a non-puncher. I am glad you didn’t bring up Floyd in the post-fight interview because that ship has sailed for the time being. You will never beat Mayweather fighting like you did and more importantly no one will ever buy a PPV with you fighting Floyd if you fight the way you did. The next time Keith wants to be cocky I suggest he goes out and backs it up in the ring. Especially if he is fighting a subpar opponent like he was on Saturday.

In another lackluster fight that was unworthy of a Mayweather fight, Amir Khan truly outclassed Devon Alexander on Saturday night. It was not so much that Khan looked bad (because he really didn’t) as it was Devon laying a huge egg in another big fight. I have never cared for Devon as a fighter and I think it is officially time to put him into the “just a name” category meaning that he will be a fighter that people fight just to claim his name on their ledger. He has lost every big step up fight that he has had to date (Bradley, Khan, and Porter) and he will never break through to the next level at this point. As far as Khan goes he looked good boxing a guy who just followed him around the ring and offered nothing in the way of resistance. He may be able to beat others with that style but he will not be able to beat Floyd Mayweather like that. Floyd does not follow anyone around the ring and he is the ultimate counter puncher so Khan would definitely have to come to him if they were ever to fight. Hopefully that fight does not happen because beating Devon Alexander should not get you a Mayweather fight. Khan should at least fight Brook or Thurman before he gets a Mayweather or Pacman fight.

I am not sure if all the good judges were on Christmas vacation early or if maybe they were all at the Showtime fights but the judges for the Timothy Bradley versus Diego Chaves and Mauricio Herrera versus Jose Benavidez Jr. fights were pretty bad, incompetent or just plain horrible. To have Bradley versus Chaves a draw was a bit of a stretch but the judge who scored Herrera vs. Benavidez 117-111 needs to be drug tested and relieved of his duties. I’m not saying that Benavidez couldn’t have won but he definitely did not win by that wide of a margin if at all. You have to feel bad for Herrera at this point. He has been a victim of bad decision after bad decision and could actually be undefeated if it weren’t for questionable judging. At some point this has to stop. To mess with a man’s life like this and cost him money is not cool at all. In the Bradley vs. Chaves fight the judges found a way to call it a SD draw somehow which was better than the call in the Herrera fight but from what I watched Bradley easily won the fight by a point or 2. I think one of my New Year’s resolutions will be to get competent judges in boxing or at least on the biggest stages.

Andy Lee did What Quillin Wouldn’t

Congratulations to Andy Lee for winning the WBO middleweight title by knocking out Matt Korobov on Saturday night. I must admit that I picked Lee to win because Korobov looked so horrible in his last fight but I was a little nervous until Lee got the KO as Korobov was easily winning the fight by out boxing Lee. In the end however Lee did what he had done in his last fight and came through with an improbable KO and it was actually nice to see a good guy in the sport get to see his dream come true. On the flipside Mr. Peter Quillin gave up his belt and turned down a career high payday against Korobov for seemingly no reason. After seeing Lee KO Korobov, he has got to be kicking himself a little bit for passing up such good money versus an easy opponent. Oh well I guess now we get to see Lee get a good payday in Ireland versus Saunders or someone.

The Mares Machine is Back

In what was easily the most entertaining fight of the night Abner Mares seem to have sent Jose Ramirez into retirement in an all action slugfest. Mares looked like the Mares of old on offense albeit while looking a little shaky still from the chin standpoint. He seemed a little cautious about getting hit but he got more comfortable as the fight wore on. He also called out all the big names around his weight class which is also him getting back to what he used to do. I would love to see him versus Santa Cruz or a rematch with Gonzalez next if possible and if he is mentally back he will give us more fight of the year candidates in the near future.