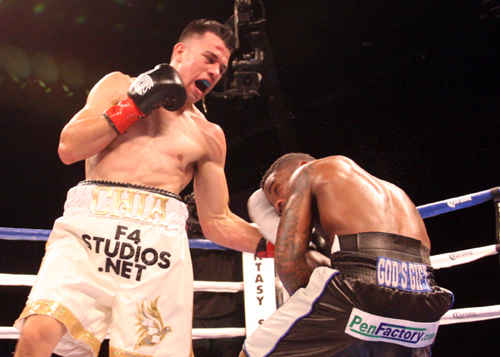 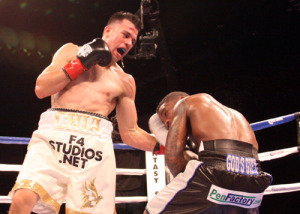 Earlier this year, Santana impressed the boxing world when he defeated former undefeated contender Eddie Gomez (17-1, 10 KOs) by way of unanimous decision. Francisco is currently riding a winning streak which spans 9-fights in a row. In his last bout he defeated Luis Alfredo Lugo by way of fifth round knockout. He’ll look to continue on his winning streak against a tough Lujan whose only been stopped twice in his career.

“I’m very excited that my promoter Gary Shaw has brought me back to ESPN.” said Santana. “I know Lujan is a very crafty veteran and I’m not looking past him. These are the type of fights that I have to win if I want to accomplish my goal of becoming a world champion. The Chumash is in my backyard and I want to put on a great show for all my hometown fans that will be there to support me. 2015 is going to be a big year for me.”

“Santana has proven to me that he really wants to take his career to the next level.” Gary Shaw said. “He done everything we’ve asked him to do and now I’m going to push really hard to get him into a big fight. He looked incredible against Eddie Gomez, who was undefeated at the time. That win showed me a lot. Lujan is no pushover so I want him to get though this fight before we start talking about anything else. There is no doubt that this fight will be a crowd pleaser because Santana brings an action style to the ring.”