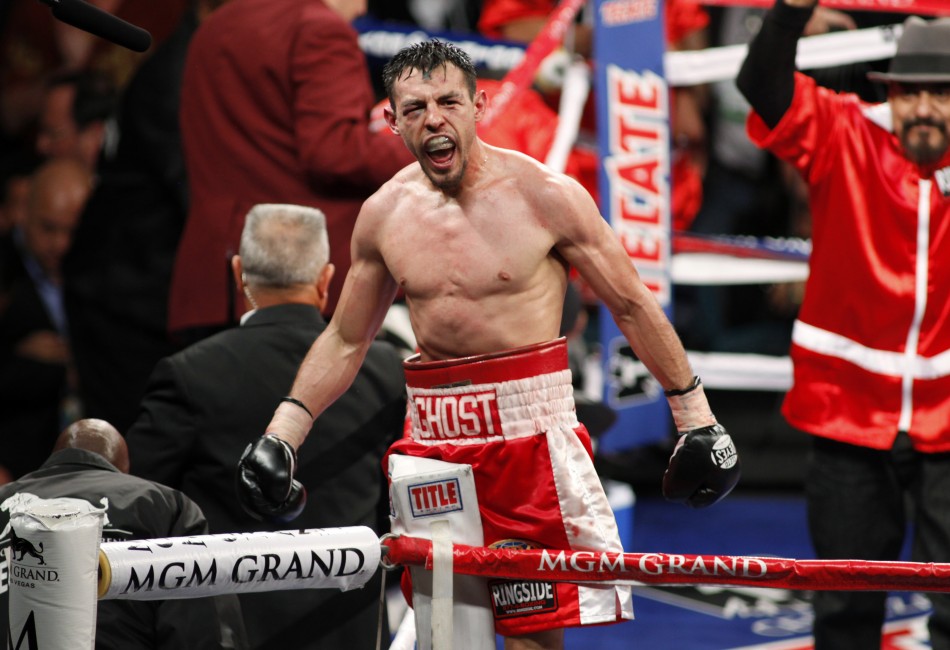 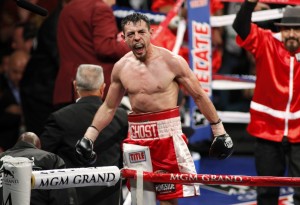 Robert “The Ghost” Guerrero was in much tougher than anyone expected he’d be against Aaron Martinez at the StubHub Center in Carson, California.

This was Guerrero’s first fight back since his war with Keith Thurman on the first ever “PBC” on NBC card and some said it was too early for Guerrero to do so even if his opponent was considered a bit soft.

Martinez came out strong and didn’t give an inch to his opponent Guerrero, who many believed was far above Martinez’s talent level and skill set. Those detractors were fuel to the fire of Martinez, a fire that burned deep in his stomach and a fire that just plain burned Guerrero. Martinez was able to separate himself in the round when he landed a huge right hand, a bigger punch than any of the previously landed.

It wasn’t clear what Guerrero wanted to do in the early stages, he did a lot of nothing. That’s not to say that Guerrero didn’t have success because both men beat on each other early and often. No, what I mean is Guerrero was not trying to establish a jab, he wasn’t moving laterally, and he wasn’t getting in and out. Instead, Guerrero was standing in front of Martinez completely willing to get hit with multiple shots, some of them significant, in order to land his own offensive assault. It could’ve been that Martinez’s power wasn’t affecting Guerrero all that much in the early going or it could’ve been Guerrero’s game plan coming into the fight with the assumption that he’d eventually overwhelm Martinez.

This was a full-fledged phone booth fight by the 3rd round and it was difficult to tell who was winning the round in a clear-cut fashion because both men had moments in each exchange and when one man dominated a firefight the other would dominate the next.

It was an exciting fight for sure, even when Guerrero started putting together consecutive bouts of offense and Martinez began to clinch a little more, the action was still exciting.

Martinez was never out of the fight in the first half, but he made a real statement in the 5th when he knocked down the Guerrero, iron chin and all. The body work Martinez was implementing caused Guerrero to basically go limp and drop his hands, which ultimately led to the Martinez right hand that landed flush on the chin of Guerrero and sent him to the canvas. It was an impressive moment, but it wasn’t just a moment. The truth is that knockdown was on its way since round 3 when Martinez first started putting Guerrero’s back to the ropes and keeping him squared, not to mention the sustained body attack on the part of Martinez since round 2.

It was a close fight at the halfway mark, but Martinez was being given the slight edge by the majority of ringside reporters and the broadcast team—Thaboxingvoice.com had Martinez up by one point after 6.

Guerrero made a decent comeback in the 6th and, even though most of the round looked the same, Martinez took back some momentum in round 7.

When Martinez kept things close he had the most success. That said, Guerrero did a great job of creating distance in round 8 and started establishing a more intelligent game plan which led to him controlling the fight.

Guerrero did a decent job of closing in on his performance, but the question was would it be enough?

The fight went the distance and after 10 rounds all three of the judges were at odds with scores of 95-94 for Martinez, 95-94 for Guerrero, and 97-92 for Guerrero, giving Guerrero the split-decision victory.

The immediate reaction was Martinez got jobbed, but that’s usually the theory when a fight is close between two fighters that were expected to put up a one-sided performance. In this case, Martinez was supposed to be blown away and since he did much better than most expected he is given the benefit of the doubt.