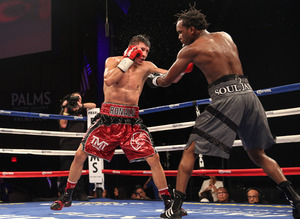 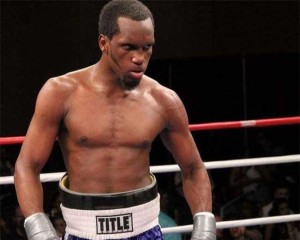 Thomas Falowo 13-3-(KO 8) The 26-year-old is always a good test for any up and coming prospect. Prospects need rounds with experience fighters before moving on to contender status.

Russell Lamour is no different and learned that tonight. Lamour was previously undefeated until tonight. Falowo was known to be the type of fighter to give young prospects the right test. Tonight’s test was a bit of a wrong turn…. Falowo was relentless and continued to work more than his opponent land the cleaner more effective punching.

I’m sure when team Lamour agreed to this fight, they just couldn’t be thinking losing was n option; this is boxing. Falowo has to be given credit. When you see these types of match-ups, you want to be sure that the fighter intended to present a test does.

Lamour failed his attempt to prove he belonged on national television by allowing Falowo to leave tonight with a win that wasn’t in the plans. After 8 entertaining rounds, Falowo is victorious.