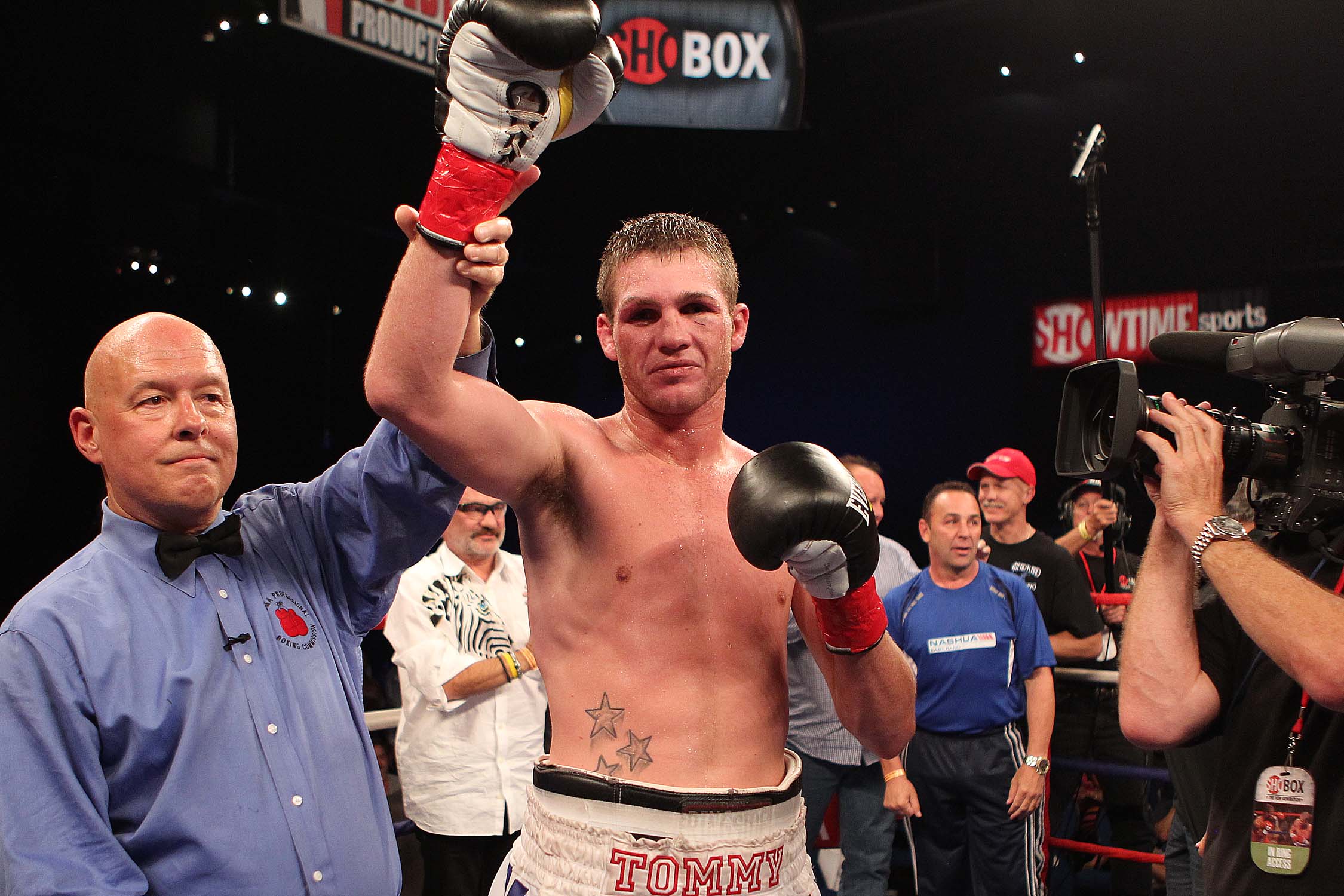 The super middleweight division is absolutely stacked. Andre Ward is the leader of the pack possessing the WBC, WBA and Ring belts. Carl Froch, Tommy Oosthuizen and Robert Stieglitz are also holding titles with Lucian Bute, Sakio Bika, Edwin Rodriguez to name a few, creeping up from behind. To add to the mix, who know’s what Chad Dawson is going to do if he beats Andre Ward in their upcoming bout, so there are a lot of great fight possibilities in the near future.

Thomas “Tommy Gun” Oosthuizen’s (19-0-1 13KO’s) IBO super middleweight title defense this Thursday against Rowland Bryant has recently gained added ramifications. Oosthuizen’s promoter Rodney Berman of Golden Gloves Promotions has confirmed that talks with Carl Froch’s camp have taken a turn for the best. Of course, further negotiations are pending a win on Thursday night at the Roseland Ballroom in NYC.

Along with being the IBO title holder,Tommy Gun is ranked #4 by the IBF, The Ring and Tha Boxing Voice. Froch is currently the IBF champion and the #2 ranked super middleweight in the world behind Ward. Assuming the South African Oosthuizen wins this week, fighting Froch would be a serious step up in class.

If you set aside Tommy’s two most notable wins against  Aaron Pryor Jr. and Marcus Johnson, the level of opposition he’s faced is nothing to brag about. The only time he has fought outside his home country was against the aforementioned Pryor Jr. and Johnson. Though those are his only real challenges, he looked impressive in each circumstance. He scored lopsided unanimous decisions over both.

The young 24 year old Oosthuizen began his professional career in 2008 after deciding to forgo his chance to represent South Africa in the 08′ Olympics. He started hot right out the gate scoring 8 straight KO’s, in which none of his opponents made it passed the 3rd round. In his 9th bout he moved up to light heavyweight for one fight and captured the vacant IBO youth belt.

After moving back to super middleweight he added the IBO youth title and the WBA Pan African belts over his next 4 fights. Then came his chance at gaining a world title, taking on the IBO champion Isaac Chilemba. They fought to a draw and Chilemba retained his title. Oosthuizen would get another shot at the IBO belt in his next fight. After Chilemba vacated his title to move up to light heavyweight, Tommy won the championship by a 9th round TKO of Evert Bravo. Since attaining the title he has defended it four times.

His title defense against Bryant is his second straight main event on American TV. Fighting on DiBella Entertainment’s (Tommy’s co-promoter) Broadway Boxing will give him a chance to show his skills and build more of a name in front of a U.S. audience. Standing at 6’4 Tommy has a 5 inch height advantage over the hard hitting Bryant. He’s definitely going to have to keep distance to avoid being caught by right hands from Bryant, which he has been susceptible to in his career. The southpaw Oosthuizen not only has to win but needs to look impressive to gain more notoriety from the hard to please U.S. public. Regardless, a win will put him right in line to fight Froch in November.

Tommy Gun is a rising star in boxing. Getting the win over Bryant will award Oosthuizen an opportunity to show how bright his star really shines. After Bryant, whether Froch gives him the nod or not, he will still be set up for bigger fights and a shot to add another title to his resume in upcoming months.