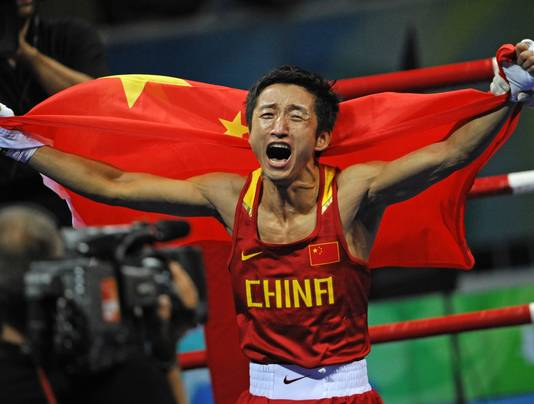 The Year of the Snake will also be known as the beginning of the era of Zou Shiming. The two-time Olympic gold medal winner and three-time World Amateur Champion will make his professional debut, headlining a brilliant boxing card, Saturday, April 6, at the CotaiArena™, The Venetian® Macao-Resort-Hotel. Presented by Top Rank® and Sands China Ltd., tickets to ZOU SHIMING “Fists of Gold” are on sale now at all Sands China box offices*.

“Sands China is proud to host Zou’s professional debut, and we look forward to opportunities to bring many more Top Rank events to Macao in the future,” said Edward Tracy, President and Chief Executive Officer, Sands China Ltd. “This fantastic night of entertainment, Sands China’s latest world-class sporting event, is part of our multi-tiered entertainment strategy aimed at diversifying Macao’s tourism economy through the varied offerings of Cotai Strip™ Resorts. The company is glad to contribute to the city becoming one of Asia’s top entertainment hubs and a world centre of tourism and leisure.”

Sands China hosted the highly-successful greater China debut of Ultimate Fighting Championship® in November last year, and has held numerous sporting events with some of the world’s most well-known athletes – from basketball greats Kobe Bryant and Scottie Pippen to tennis legends Pete Sampras and Roger Federer, and golf sensations like Rory McElroy and Lee Westwood. ZOU SHIMING “Fists of Gold” has all the right ingredients to be another high-octane crowd pleaser.

“Zou is an incredible talent who is beloved in China,” said his Hall of Fame promoter Bob Arum. “We at Top Rank will make every effort to make certain that he has a spectacular career as a professional boxer.”

Zou is currently training at The Venetian® and The Palazzo® in Las Vegas with Hall of Fame trainer Freddie Roach and Miguel Diaz. He will make his pro debut as a flyweight with Roach and Diaz working his corner.

Zou, 31, one of the most popular Olympic athletes in China, is the world’s greatest light flyweight, capturing gold medals in the World Amateur Championships in 2005, 2007 and 2011, along with gold medals in the 2008 and 2012 Summer Olympic Games. He also owns an Olympic bronze medal from the 2004 games, making him his nation’s first Olympic medallist in boxing as well as its first boxing gold medallist in the World Amateur Championships and the Olympics. He signed with legendary boxing promoter Bob Arum’s Top Rank at a press conference in Beijing in January.

Known for his extraordinary speed and superb footwork, thanks to years of martial-arts training, many of Zou’s opponents complain that they cannot keep up with him, much less see his punches coming. He has said that his heroes are Muhammad Ali and Jackie Chan.

In addition to Zou’s professional debut, the event’s line-up includes an undercard highlighted by two world championship fights. WBA/WBO flyweight champion Brian “Hawaiian Punch” Viloria will be defending his titles against Top-10 contender Juan Francisco Estrada. Viloria, a former U.S. Olympian from Hawaii, will enter the fight having won 13 of his last 14 bouts, seven by way of knockout, including his last three world title battles. Estrada, of Mexico, will be making his second title challenge. In his last fight, he lost a very close decision to WBA light flyweight champion Roman Gonzalez.  Two-time WBO junior light champion Roman “Rocky” Martinez, of Puerto Rico, will also defend his title, going up against undefeated No. 1-world-rated contender Diego Magdaleno, of Las Vegas.

The undercard will also feature undefeated No. 1 junior middleweight contender and former U.S. Olympian Vanes Martirosyan of California, in a 10-round bout against No. 6-world-rated contender Javier Maciel, of Argentina; former WBO junior featherweight champion and current No. 1 contender Wilfredo Vazquez Jr., of Puerto Rico, who will battle Yasutako Ishimoto, of Japan, in a 10-round junior featherweight bout; and undefeated WBO flyweight mandatory challenger Milan “El Metodico” Melindo, of the Philippines against a soon-to-be-named opponent.