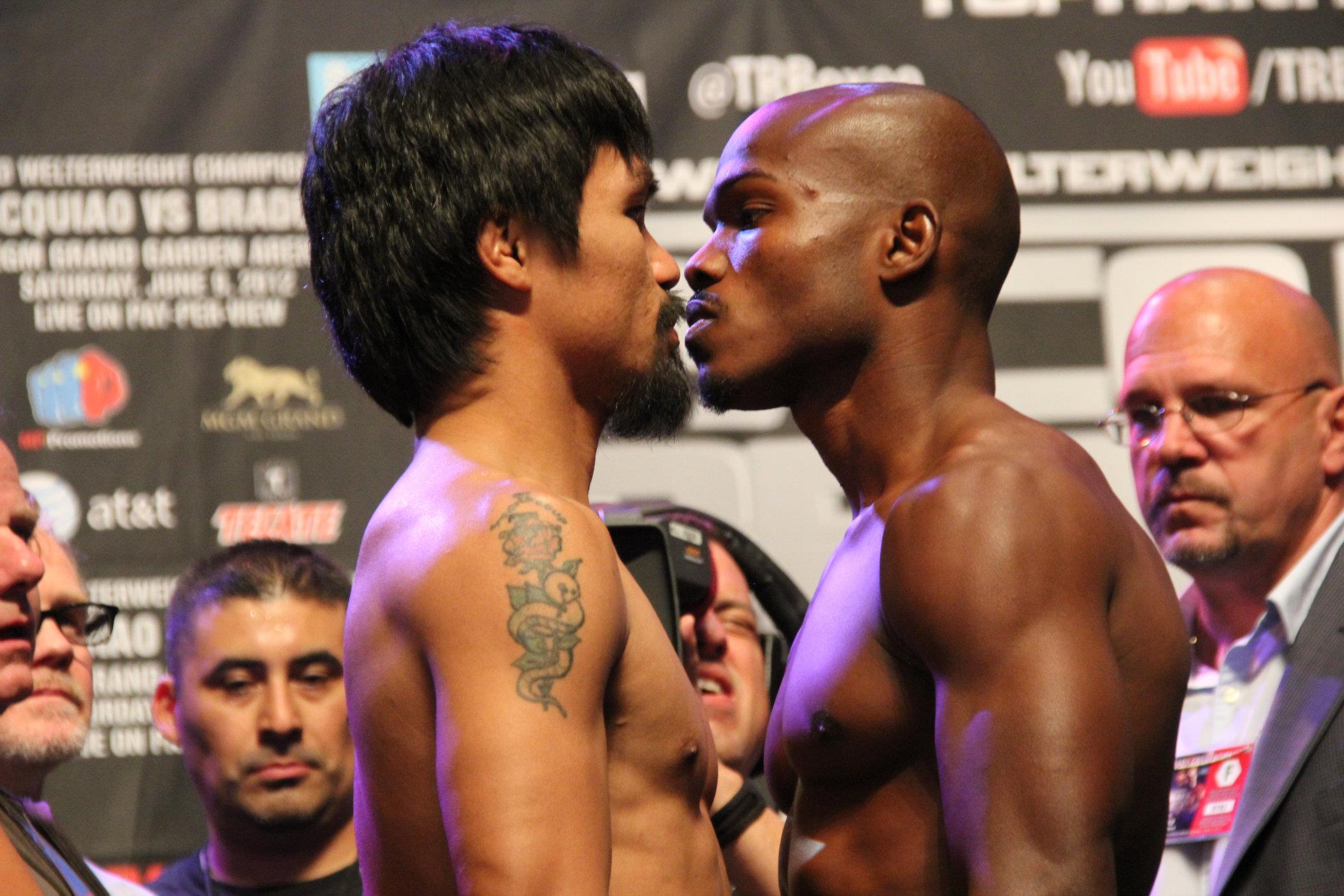 It’s funny how situations in boxing can change so dramatically. Just two years ago Manny Pacquiao was on top of the world and sat alongside Floyd Mayweather as the best pound for pound fighter in the world. After two back to back losses to Tim Bradley and Juan Manuel Marquez, he no longer has that lofty position that he once had. Although his first fight with Bradley ended controversially with most people believing that Bradley had lost, many people believe that Pacquiao may have lost a step over these past two years.

We are now back to where we started on June of 2012 as Bradley and Pacquiao get ready to square off in their rematch scheduled to take place on April 12, but this time the script has changed. Tim Bradley has managed to reinvent himself as a fighter by scoring two impressive victories over the tough Russian Ruslan Provodnikov and the most recent Manny Pacquiao conqueror, Mexican legend Juan Manuel Marquez. “I’m a different fighter than I was two years ago. I’ve been through some trials and tribulations. I’ve been through some ups and I’ve been through some downs, and it just made me stronger as a person and as a fighter,” Bradley explained. He went on to say, “I’ve already been in the ring with Pacquiao once before so I know what to expect. I don’t expect anything different. I don’t expect him to just overnight become some different fighter. He’s the same. He runs a combination and runs out on angles and comes back with combinations. He’s a speedster. I know what to expect. I’m going to make him miss and make him pay.”

One thing that many people believe has changed about Pacquaio is his mental approach to the sport. It seems as though he is not the same aggressive fighter that we’ve seen dismantle fighters like Oscar De La Hoya, Ricky Hatton, and Miguel Cotto. Many of us have questioned whether or not the desire is still there and if that killer instinct has disappeared. Bradley feels the same way. “I was in an interview with him (Pacquiao) and I was face to face and I was trying to get him to say something, and he wouldn’t even say anything. He was like, ‘Well I really can’t say what I want to say because of my beliefs, but it’s going to be a good fight as long as it lasts.’ I’m like, ‘Pacquiao just tell me you’re going to knock me the fuck out. Just tell me you’re going to knock me out. That’s all you got to say. Why is it so hard to say that?’ He’s still compassionate. He still has a huge heart.” Bradley added, “I honestly think he’s not the same guy. I think skill wise he is phenomenal. He’s fast, great combinations, crisp shots, he moves in and out on angles. He’s Pacquiao, but as far as heart, as far as his love for the game still, as far as his love for people, I think it’s completely 360. That’s just my opinion.”

Bradley knows that the controversy from the first fight still lingers, and he realizes that he must be the clear winner this time to erase all the doubt. When asked about what he has to do in the rematch to ensure a clear victory Bradley replied, “It has to be convincing. I don’t think the fight can be close. I think the fight has to be convincing like to where it’s like eight rounds to four. It has to be no questions asked that Bradley won that fight. That’s the way it has to be. Either that or it has to be a knockout. That’s pretty much it.”