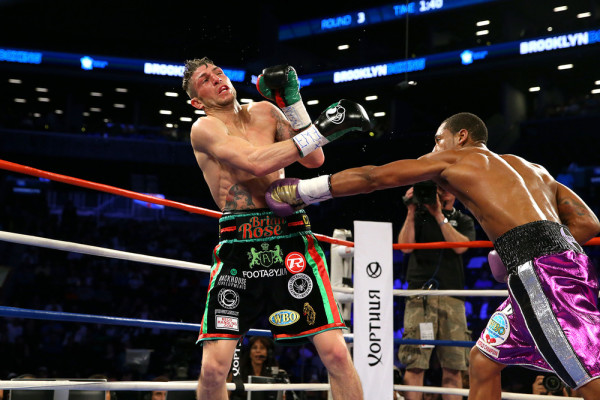 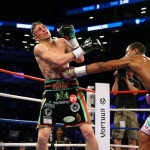 Current WBO super welterweight world champion Demetrius “Boo Boo” Andrade has been making a lot of noise lately. Coming fresh off a spectacular performance in his first world title defense in which he dominated and scored the knockout over Brian Rose, he took the time to speak with thaboxingvoice.com’s own Victor Salazar at a recent event.

In the interview he explains how he intends to unify the light-middleweight division, and is targeting any 154lb fighter with a belt. He also touches on the possibility of becoming a featured attraction on HBO, as well as the result of the recent fight between Canelo Alvarez and Erislandy Lara.

I found his thoughts on that particular topic to be very interesting because as most are divided on the outcome of the fight. There is no denying that among most fighters and those in the general public the sentiment is that given Canelo’s star power, Lara would have to do a bit more overall if he expected to come away with the decision. You can count Andrade along with myself among those who agree with that notion. My question to you as a fan is: Do you believe that when fighting against a bankable star a less bankable challenger has to do more overall (even if it’s already clear he won on points) to actually come away with the decision? And if you do agree with that, do you believe it’s right? Check out the video and let me know what the word is.