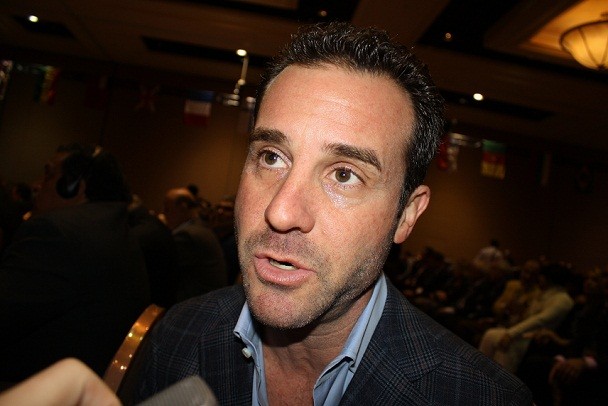 Top Rank is preparing for the big pay-per-view event in Macau, China when Manny Pacquiao takes on Brandon Rios in November. Much has been made of Top Rank’s recent global expansion with this pay-per-view and also with the signing of two time Olympic Gold medalist Zou Shiming. Shiming’s first two fights were aired on HBO2 with him being the main event in Macau.

When speaking to the president of Top Rank Promotions, Todd Duboef, it’s far from that. “Who said that?” stated Duboef, “I won’t event engage that, that’s just…. Anybody that understands boxing understands it’s a global sport. In order to understand the globalization of it, you encompass everything in the globe as part of your portfolio.”

While he wouldn’t engage in the comments, he did dismiss the comments and says they’re all doing the same thing. There’s a time that he had a big presence in England, and they’re signing guys from England. There’s a time where we all know Latin America has a strong presence. I dismiss any of those comments. We’re just looking to expand and I think people enjoy our events specifically, and we look forward on entertaining the fans.”