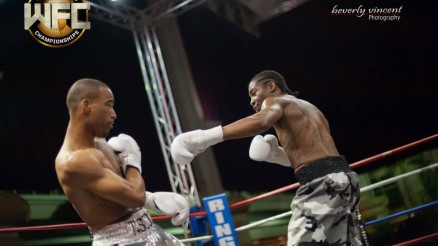 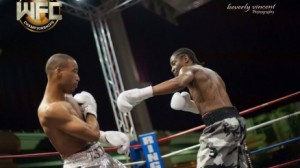 World Fighting Championships returns to the Belle of Baton Rouge for another explosive night of professional boxing, featuring the best local talent that The Capital City has to offer. WFC 30 raises the stakes on October 17th, when Travis Scott (17-0, 4KO) will fight for the WFC Middleweight Championship Title.

Scott, a former US Marine, is best described as a “pure boxer.” “I don’t go for the knock-out,” said Scott of his fighting style. “I possess a gift. That gift is to beat my opponent mentally. I use his strength against him. When he burns out, that’s when I go to work.” Scott will go to work in an eight round bout on October 17th in pursuit of the WFC Middleweight title. “It’s always good to have an opportunity to add another title to my professional resume. Anytime there’s something new to gain, something meaningful, I guess I gotta work hard to get it,” said Scott.

In the six-round, co-main event bout, Baton Rouge’s Justin Thomas (9-0, 5KO) faces the tough Daniel Henry (2-1-3, 0KO) of Austin, Texas. Thomas is coming off a unanimous decision win over super middleweight Martin Verdin (20-18-2, 11KO) at WFC 26 in August. Thomas described Verdin as his toughest opponent to date. “I was going for the stoppage, but Verdin is a veteran. He knew what to do to survive the round,” said Thomas of the contest. Thomas is excited to once again be able to showcase his talents in his hometown. “It’s the best feeling in the world to fight in front of my hometown fans. Getting to show the results of all my hard work and everything I put into boxing in front of the people who saw me come up is just the best feeling,” said Thomas.

Also featured on the card, local sensation Chris Singleton (12-1, 5KO) will face the experienced Steve Trumble (13-31, 8KO). Singleton will be fighting in his hometown for the first time in over two years. “It means everything to me to fight at home,” said Singleton. “I have sparred with Trumble before. He’s a strong, tough veteran, and it’s going to be a competitive fight. I’m ready to put on a great show for everyone.”

Up-and-coming promoter, and President of WFC, Matt McGovern, is excited about the direction that boxing is taking in the South. Said the young promoter, “Our last seven events in Baton Rouge have sold out, and been packed with enthusiastic boxing fans. I think the South is a great place for boxing, and we’re lucky to be working with talented fighters and a great venue here in Baton Rouge.”

The official WFC 30 weigh-in will take place on Thursday, October 16th at the Belle of Baton Rouge Atrium at 5:30 CST. The weigh-in is open to the public.