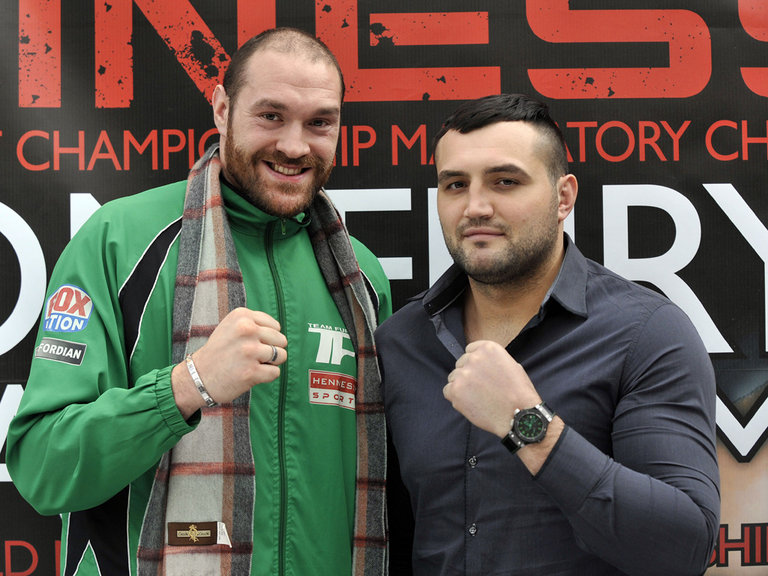 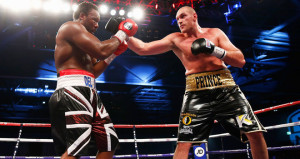 “You’re very brave for taking this fight,” said Tyson Fury as he towered over his upcoming opponent Christian Hammer in a face-off for iFL TV (amongst others). They were surrounded by trees and basking in the sunlight on a clearly cold day; a surreal setting for some promotional work.

Fury (23-0, 17KO’s) and Hammer (17-3, 10KO’s) will meet at the O2 Arena in London, England on February 28th. If all goes to plan for Fury, this outing will be his last before a prospective clash with Wladimir Klitschko provided the Ukrainian institution comes through his fight against Bryant Jennings in late April.

Fury did not need to take a fight in the interim but has opted to keep busy, and he did not seem the slightest bit concerned as he looked down on Hammer’s impassive features.

“I know you can speak English because you spoke to me in 2007. So you understand what I am saying. You will be knocked out in five rounds for sure.”

Fury spoke these words deliberately as if to leave no room for misinterpretation from his Romanian foe, who for his part remained poker-faced and silent throughout the short speech. It ended on a reassuring note though.

“Not that you’re a terrible fighter but, I’m that much better.”

Nice of him to say so. It’s true that Hammer isn’t a terrible fighter. He’s won ten in a row fighting on the continent, the latest of which was a unanimous decision victory over Irineu Beato Costa Junior, who went into that fight undefeated. He’s decent, but the last time he fought someone with similar physical dimensions as Fury was against Mariusz Wach in 2010, and he was brutally knocked out in that one.

Hammer may have learned a lot since then seeing as it was only his ninth pro match, but the deck is stacked heavily in Fury’s favour here. The big Brit thrives against smaller men, and he knows how to use his size to the best of his advantage. Leaning and roughing up in close and maintaining miles of distance on the outside with those long levers of his. This fight should be a smooth final transition for him before his world title shot.