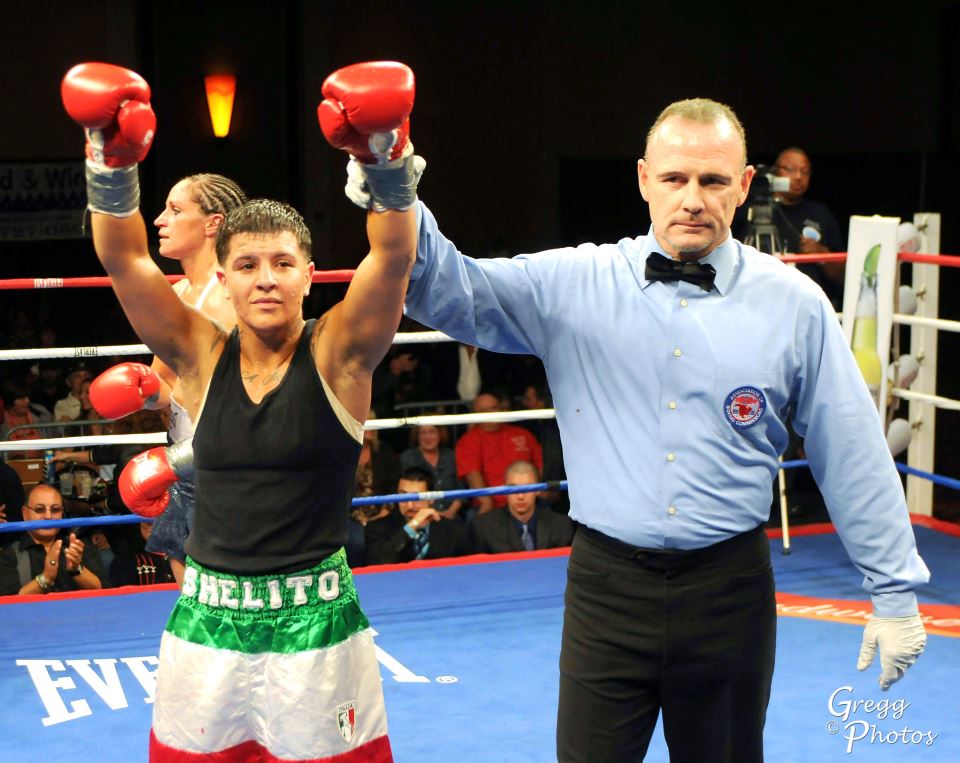 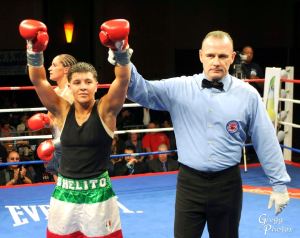 The story of Shelito Vincent is a long, winding narrative of a selfless fighter with no hidden agendas.

Only a select few strike it rich in boxing, particularly on the women’s side, so Vincent fights for more than just money. She fights for underprivileged children, many of them a mirror image of her younger self, who are looking for someone — or something — to believe in.

She fights for the memory of her late mother, who passed away at the age of 37 just seven months after being diagnosed with leukemia more than a decade ago. She also fights for the survival and success of women’s boxing, hoping to put the sport on the map so that others who wear the gloves may one day get the respect — and compensation — they deserve.

The same could be said for Vincent, who has blossomed from a would-be regional challenger turning pro at the age of 31 – a late start by most standards — into the world’s No. 4-ranked super bantamweight by the World Boxing Council (WBC) in just under three years.

Her rise to the top is no doubt inspiring for any and all late bloomers in boxing, but she’s yet to write the final chapter of this remarkable story. There’s still work to be done and the job continues Friday, Nov. 7th, 2014 when she faces the dangerous Jackie Trivilino in a 10-round bout for the vacant Universal Boxing Federation (UBF) world title in the main event of CES Boxing’s “Winner Take All” at Twin River Casino.

“This is going to a be a war,” Vincent said, “like two bulls in the ring.”

The undefeated Vincent (12-0, 1 KO), a New London, Conn., native now living and training in Providence, R.I., is no stranger to the pressure of fighting for a title. Last year, she fought Angel Gladney at Twin River for the then-vacant Women’s International Boxing Association (WIBA) International super bantamweight title, winning unanimously on all three scorecards in a back-and-forth slugfest.

She expects a similar fight from Trivilino (9-8-3, 1 KO), a tough, Plattsburgh, N.Y., veteran who’s faced some of the best in her weight class, including former WBC super bantamweight champ Alicia Ashley and No. 7-ranked Heather Hardy of Brooklyn, who has been on Vincent’s radar for the past year and a half.

“She’s a tough fighter,” Trivilino said. “I know this is her spot I’m coming into and I know these are her people, so I know in order to win I have to take her out. She has to go down, otherwise I won’t get the nod.

“I know she can fight. I know she’s a fighter, and I respect that about her because not all of them out there are, and I only want to fight someone who’s a true fighter in their heart.”

The last year has been a whirlwind for Vincent, who has a new management team behind her and is also under the guidance of Havoc Boxing, all while climbing the ladder in the world rankings after winning two fights in the last 12 months, including her first career knockout in a win over Alisah McPhee. The journey culminated Wednesday with a visit to City Hall in New London, where Mayor Daryl Finizio presented her with the key to the city in front of a crowd of supporters.

“It felt good,” Vincent said, “for the simple fact that when I first got into boxing people said I wouldn’t be that good or I wouldn’t make it anywhere. To be able to bring it all back here and to see the people coming out and supporting me, seeing the kids, it shows these inner-city kids that no matter what if you keep working hard you can get to where you want to be.

“That really means a lot. I really want to bring this title back to my city.”

To prepare for Trivilino, she has traveled back and forth between New York, where’s she sparred ample rounds against male opponents, and her home at Manfredo’s Gym in southern Rhode Island.

“Mentally, sparring with guys makes you feel better. They work hard,” Vincent said. “There’s a higher volume of punches, and they’re throwing back at you, too. I’ve sparred with guys in the past, but not as much as I am now.

“Sometimes I’ll spar a few rounds with one guy, then I’ll spar with two girls for the next few rounds, then back to another guy. We’re mixing it up.”

As for the game plan, Vincent expects to stand toe-to-toe with Trivilino while being cautious of elbows and head-butts since both fighters like to work on the inside.

“I was there when she fought Hardy [in June] and she put a beating on her. She’s a pressure fighter,” Vincent said, “but she throws a lot of head-butts and elbows. She head-butted Hardy, too, so I have to watch out for that.

“We’ll be cautious, but nothing’s going to change. I have my style and I’m going to fight my fight. I’m throwing a million punches and I’m trying to put her down.”

The Trivilino-Vincent showdown is a throwback title fight worthy of main-event status, and it could be the next great chapter in Vincent’s ever-evolving saga.

“We’ll probably just be coming at one another the entire time,” Vincent said.