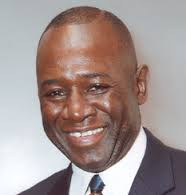 Larry Hazzard has been all over the world of boxing. In 2007, he left his position as the commissioner of The New Jersey State Athletic Control Board. But he remained in boxing as he joined the IBF, He was the personal assistant to the president of the sanctioning body. He was a supervisor in the IBF who was in charge of assigning the judges and the referees for championship fight around the world, along with listening to the protests for the sanctioning body. He also helped develop the boxing program in the People’s Republic of China. He was a principal of a charter school in Newark where he helped develop COMBAT, a program that gets the youth involved with boxing and martial arts. He also worked for NBC as their rules expert and unofficial scorer for their bouts.

Now he is back in the position he was 7 years ago, as the commissioner of The New Jersey State Athletic Control Board, a position he feels is where he needs to be in. It’s the place where he feels he can make his biggest impact on combative sports. He was instrumental in bringing Mixed Martial Arts to New Jersey. He was also responsible for some rule changes that are used throughout boxing like the replacement of the mouth piece if it gets knocked out in the round, the use of the rubber gloves that doctors and corner men use, the creation of the unified championship rules for boxing and mixed martial arts.

Now true to his vision, he looks to continue progression in the sport as New Jersey is going to utilize instant replay if the promoter of the event chooses to pay for it. The debut of instant replay in New Jersey begins this weekend in a mixed martial arts event in Atlantic City. A week after in the same city, instant replay will make its debut in the biggest fight of 2014 in New Jersey in a unification bout between the 49 year old Bernard Hopkins and big puncher Sergey Kovalev.

Hazzard feel that the use of instant replay will put boxing at the level of the 4 major sports when it comes to getting the calls right. “The hope is other commissions start to follow our lead but as of right now it’s only New Jersey that will be implementing the instant replay,”Hazzard told ThaBoxingVoice.com. “Any element that will impact the outcome of the event will be reviewed. For example if a referee makes a mistake with a knockdown and we can conclude there was an error, then it will be overturned because it can cause a fighter to lose the a point. There will be a monitor at our disposal that we will be viewing the contest as its taking place and corrections will be made round by round and not at the end of the fight. When the bell rings to end the round, we will go immediately to the monitor to review the area that we’re looking at and if its conclusive, then it will be corrected.”

When Hopkins-Kovalev was signed, media members like myself and David Griesman of BoxingScene.com had asked the Kathy Duva of Main Events if there would be any Olympic style testing administered by either USADA or VADA, and Duva said she felt the testing should be handled by the commission.

Hazzard agrees with Duva because he feels New Jersey’s testing is up to par or better than most. “We have a drug testing program that we’re very confident in. Not only are they submitting a urine specimen randomly, they will be submitting a blood specimen,” stated Hazzard. We have a drug testing procedure that we are confident in. They’re tested prior, randomly, and after and we use independent labs.”

Certainly a lot of boxing commissions come under fire when certain decision are made. Nevada’s commission has come on heavy fire licensing Juan Manuel Lopez to fight Orlando Cuellar less than 60 days after he was knocked out by Francisco Vargas, Jermain Taylor being licensed to fight after a history of brain bleeding and after shooting a family member in his home. Then there was the Mayweather debacle where he “allegedly” had his fighters box 30 plus minute rounds with no rest that was showed on All-Access which Mayweather said was all for show and did not happen as it played out on television.

I asked Mr. Hazzard his feelings on the way certain commissions handle situations that negatively impact combat sports. He certainly feels that things like that make him uncomfortable

“When I see things that negatively affect the health and safety of a fighter, it leaves a bad taste in my mouth. I’m not going to bath mouth commissions or be critical but what you saw in New Jersey on Saturday, you may as well get used to,” explained Hazzard.

What Mr. Hazzard was referring to was the quick action of the commission to check on fighters and suspend fighters if the ring side doctor felt the fighter took too many shots to the head. Also getting that said fighter to a hospital if needed.

“In the 22 years I was here, we made our reputation on strict safety protocols. If there has been a lax here, we will certainly make the moves in the right direction. I think suspensions or no contact suspensions, and no sparring or fighting is needed. Suspensions mean you just don’t box for 30 days, it means no contact in the gym. You can still train and condition yourself in the gym, but I’m a firm believer in the no contact suspensions. You can look to see our doctors all over the place. Hopefully it will have a positive effect in our state and all over.”

Writer’s note: I was at a show in North Bergen, NJ promoted by KEA Boxing where a brawl broke out in the stands that caused the main event to end early. This is where I met Mr. Hazzard and wanted to get his thoughts on the matter and how the commissions deals with situations like that. This was Mr. Hazzard’s response. “Obviously the police took a long time to get there and it had a great impact on what happened.That has been under review but there are suggestions that I will make to that promoter and other promoters in small venues that I think will go a long way in preventing those type of instances. I certainly don’t blame that promoter, Mr. Kut of KEA Boxing. I don’t play the blame game. You look for solutions to situations like that.”