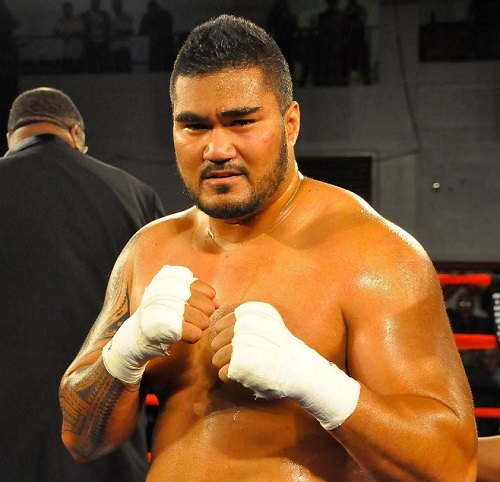 NBCSN’s Fight Night on Saturday, Oct. 18, live at 9 p.m. ET is highlighted by a heavyweight showdown between Steve “USS” Cunningham and new undefeated heavyweight Natu “The Truth” Visinia from 2300 Arena in Philadelphia, Pa. Saturday’s fight follows several great boxing events from earlier this year in the fighting city of Philadelphia, including the bout between heavyweights Cunningham and Amir “Hardcore” Mansour on NBCSN.

With his victory over the previously-unbeaten Mansour in front of his hometown crowd in April, 38-year-old Philadelphia-native Steve Cunningham secured the USBA Heavyweight title.

Two-time cruiserweight world champion Cunningham said, “I am happy to be back in primetime. Expect fireworks on October 18.”

The undefeated Visinia hails from Clinton, Ill., and has a dangerous 80% (8 of 10) knockout-to-win ratio. Of his eight career knockouts, seven have come in the first round. He has only gone the distance twice in his young career, once for four rounds and once for six rounds. Saturday will be the first ten-round bout of the 30-year old Visinia’s career.

Visinia has dedicated Saturday’s fight to long-time trainer Charles “Buddy” Bereal, who passed away last week. Visinia said, “I am very excited about the opportunity to fight a great champion like Steve Cunningham. I respect him and I am going to come in ready. Once we get in the ring, all of the training and sacrifice is going to show through.”

The telecast will open with a ten round super featherweight battle between Edner Cherry of Wauchula, Fla., and Osumanu Akaba of Accra, Ghana. Akaba replaces Jerry Belmontes, of Corpus Christi, Texas, who injured his right wrist in training last Thursday.

The 32-year-old Cherry has won his last four fights. The Nassau, Bahamas, native is coming off a eight-round unanimous decision victory over Robert Osiobe on the undercard of the Cunningham-Mansour fight earlier this year.

“The world wants to see great fights on television and that’s what NBCSN has given boxing fans,” Cherry said.  “I was fortunate to be in person at the Steve Cunningham vs. Amir Mansour fight on NBCSN in April, since I boxed on the undercard.  The Cunningham-Mansour fight was as good as it gets.”

“We’re pleased to bring another exciting card to our viewers from Philadelphia, one of boxing’s greatest cities,” said Gary Quinn, Vice President of Programming & Planning for NBC Sports Group.

Main Events CEO Kathy Duva said, “Visinia is a wild card. He is a former MMA fighter and college football star, and should be exciting in the ring. He is also another undefeated but unknown fighter that will make his US television debut on Fight Night. We have a pretty good track record with those, like Sergey Kovalev, Karl Dargan, Thabiso Mchunu and Bryant Jennings; but Steve is a champion and he knows how to find a way to win. This should be a great matchup.”