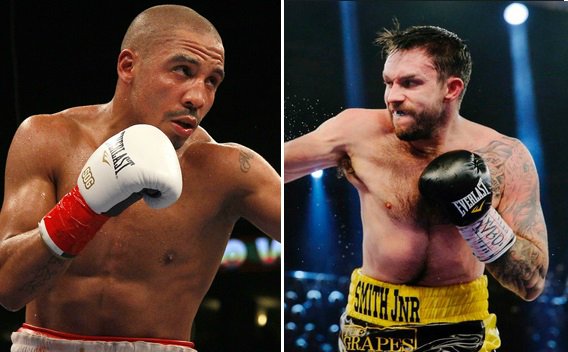 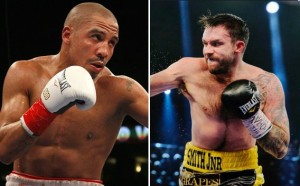 Andre Ward (27-0, 14 KO’s) is not going to allow super-middleweight contender Paul Smith (35-5, 20 KO’s) to get comfortable at any point during their 172 lb. catch-weight fight this Saturday at the Oracle Arena in Oakland, California.

Ward hasn’t fought since November 2013 when he soundly beat then undefeated fighter Edwin Rodriguez due to a contractual dispute with late promoter Dan Goossen.

Also, he took a significant layoff following his September 2012 victory over Chad Dawson due to a shoulder injury, which postponed a fight against former middleweight titlist Kelly Pavlik, who opted to retire.

Although Smith believes Ward’s inactivity will hurt him, Ward noted that it doesn’t necessarily mean he’s going to fight any differently come Saturday, noting Floyd Mayweather Jr came back from retirement in 2009, and still fought as if he’d been active the past couple years.

Ward is a “do or die” type of fighter, and he shows it every time he gets into the ring; he has no quit in him.

The 2004 Olympic gold medalist hasn’t lost a fight since he was 12 years old; he’s likely going to outclass Smith on Saturday.

In a quote obtained from FightNews.com via Monday’s teleconference, Ward was adamant he would dominate his man.

“I’m more than prepared for anything Paul Smith brings to the table, and I think this fight isn’t going to go the way he anticipates it,” Ward said. “He [Smith] is going to be hit early, he’s going to be hit often, and he’s going to realize very quick that ‘Man, this isn’t the guy that we scouted on paper.”

Ward isn’t known for having a ton of power, but he’s every trainer’s dream. He’s quick, he’s smart, and his punches are precise.

His lead left hook is one of his biggest weapons and once he gets you on the ropes, look out for the straight crosses and body shots.

Paul Smith’s style is to come forward. He’s coming off back-to-back defeats against Arthur Abraham. In both fights, Smith fought Abraham’s fight and was missing with a majority of his shots.

Also, the Liverpool fighter’s come-forward style has worked against him in the past; he has the tendency to get careless, and it backfired on him against the likes of James DeGale and George Groves.

Watching the fight against DeGale, it looked just like the Abraham fight. DeGale was smart, making Smith miss, and DeGale was countering him on the inside. After being stunned initially, Smith fought back to recover.

However, DeGale caught him again with a counter left hook on the inside, and was punished on the ropes before the referee halted the bout.

In the Groves fight, Smith walked himself right into a counter right hook.

Either one of the scenarios above would be treacherous for Smith.

Some in the media won’t say it, but I will. This fight was clearly made for Andre Ward to have himself a punching bag before he defends his WBA Super World super-middleweight title. It’s the more blunt way to say “tune-up fight.”