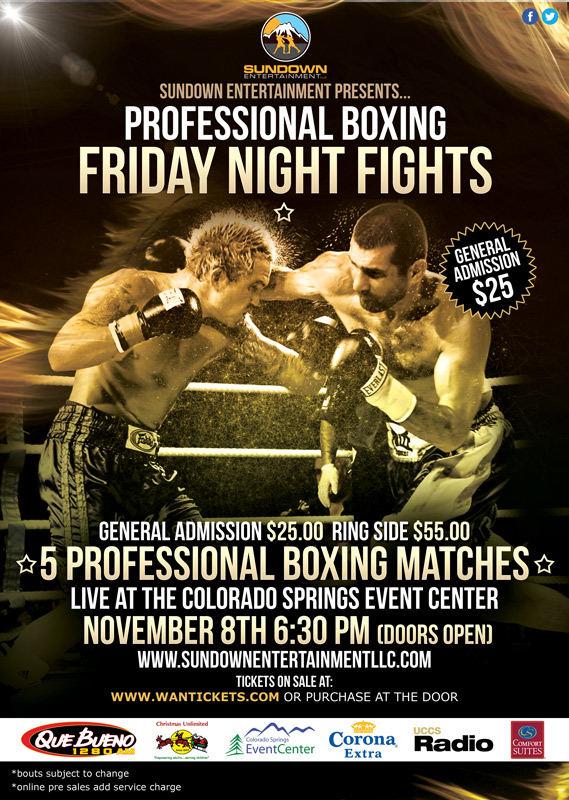 A new era of professional boxing in Colorado Springs began Thursday night as Sundown Entertainment LLC hosted their Professional Boxing: Friday Night Fights weigh-in event at Brickhouse Bar & Grill. Ten boxers weighed-in and all undercard fighters made weight. In the main event, Isiah Barela, Scottsbluff, Neb., came in one pound over the contract weight of 195 lbs., his opponent Mike Montoya Jr., Colorado Springs, Colo., weighed in at 191.6 lbs. After quick negotiation between the two fighter’s camps an agreement was reached to go forward with the fight between Barela and Montoya Jr.