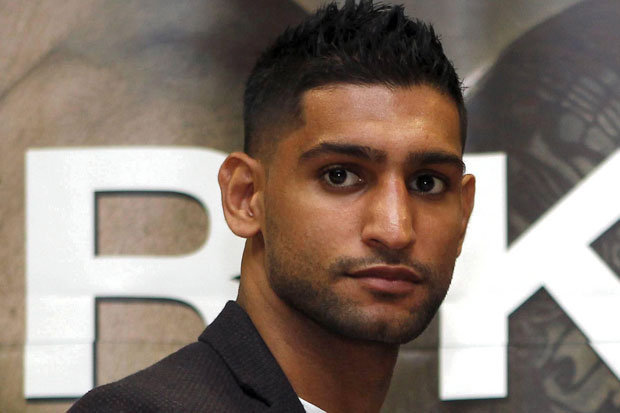 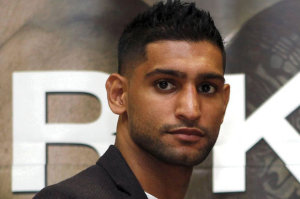 This past Saturday was a full plate of boxing with some intriguing match-ups. Lets play matchmaker and take a look at where the winners and losers go from here.

Amir Khan looked the best he has in ages as he appeared to have progressed under the teachings of Virgil Hunter. Khan showed off his quick hands and fast feet as he frustrated Devon Alexander in a fight that looked like Alexander had no place being in. Khan now has two fights on the table, the most likely of which being, Floyd Mayweather on Cinco De Mayo weekend.

Khan presents interesting challenges for Mayweather, most of which being speed something you could say Mayweather hasn’t seen since Zab Judah. Khan also comes in as the most confident he has ever been in his whole career against a Mayweather who looked more mortal than years past. Realistically this is the fight of the spring as we essentially assume via years of disappointment that the fight won’t happen between Manny Pacquiao, because well it just seems too good to be true.

If that fight happens, Khan also has the idea for a super fight in the UK with IBF Welterweight Champion Kell Brook in the United Kingdom. The fight by many is in many ways a bigger fight than Floyd Mayweather in terms of competitiveness and the bad blood between the two and some have even speculated it could total the same amount of money if not more. The big thing is prestige. Khan is a great fighter who has constantly been criticized by hardcore fans. A fight with Mayweather for him is more than just money. It would be a chance at legacy.

It appears Devon’s days at the top 5 may have come to an end. I will assume the natural impulse might be to take Devon back to his hometown of St. Louis and get a few wins to work up for another big fight, but let’s just have fun and pretend that his next match up might be the one, we fight fans would find most ideal.

Given Alexander’s place in the welterweight landscape right now, one name jumps out at me, Sadam Ali. Ali has lots of question marks, chin, cardio, and defense to name a few, Devon will at least challenge two of the three of these and might be the favorite to win. Alexander would have all the ability to be in the running yet has shown to be flawed enough for us to not be totally comfortable with him to win definitively and these are the type of fights he should be in for the next year or so.

After the performance against Leonard Bundu, one big question comes up about Thurman: Can he take constant pressure from a power punching fighter or is he more so a bully who folds up when faced with adversity? Thurman after the fight called out Marcos Maidana who would be a very interesting option though Maidana’s footwork is at best limited and he relies heavily on one single power punch.

I still think the Shawn Porter vs. Keith Thurman fight is one of the most interesting fights in boxing, but that fight won’t manifest since Thurman is now publicly showing kinks in his armor and with Porter to return after the Kell Brook loss, it seems like it would be an interesting match, but the money doesn’t appear to be there to make it worth while.

Some enjoyed Mares’ performance on last Saturday, but the fact is he was far too competitive with a guy who he was supposed to look great against. The question still remains: Is Mares to small for 126 pounds? The fight the world wants to see is Jhonny Gonzalez versus Abner Mares and more than likely appears to be the next one to make. Up until this point Gonzalez has talked a good game , but now it will be time to sign on the dotted line in 2015 a year later from when the original rematch between the two was supposed to happen should take place in LA.

Jermell Charlo constantly shows improvement and has a top five jab in all of boxing. 2015 should see Jermell Charlo get his first attempt at a title and I would look to see Cornelius Bundrage defend his IBF belt against Charlo at potentially the Mayweather PPV card in the spring. Charlo has the skill to keep Bundrage off him with solely his jab, but K9 Bundrage presents weird angles for his punches that could make for a rough fight that would find itself hidden on someone’s card due to the nature of the how the bout might mature.

Errol Spence Jr. is developing into can’t miss TV. I expect to see Spence start his step up in talent this year. A good test would be a wily vet who has been around the block, but also may have seen better days. Since Josesito Lopez is being linked to Robert Guerrero in the winter, I would take a Luis Collazo fight at some point in this coming year. Spence landed over 75 % of his power punches on over-matched opposition. I personally would be interested in seeing how he would do against the next level of talent.

The only fight that realistically makes sense is a rematch between Andre Berto.  The original fighter was a modern day classic and three years later both fighter’s careers are in limbo and in need of a career resurgence. This fight would present a fan friendly type fight while serving a purpose as well.

Despite what you think of the decision win or lose, Benavidez now holds the belt and has an open target on himself. He fared well against Herrera, well enough to get the nod, but looked flawed enough for a bunch of fighters to come knocking on the door. I think the best fight that could be made is another flawed fighter on a Top Rank banner, Jessie Vargas. It could be a perfect match of two fighters, whom the public may be confused on how to look at and have put together some fun fights in the past.

He seems to be the guy no one wants to face, so he might as well fight the other guy in the division no one wants to face either, Thomas Dulorme. Herrera’s style doesn’t score well with the judges and his power simply doesn’t exist. Herrera could of gone 3-0 and been arguably the fighter of the year in 2014 instead he is 1-2 in this year and know has to come in has a hard luck b-side to find any kind of fight. Dulorme appears to be on the verge of a title shot, but with any luck Herrera could potentially wiggly into this match up

Andy Lee is now the WBO middleweight champion and deserves a title defense in Ireland. Billy Joe Saunders is a European fighter who stepped aside for this fight to come to fruition, the match up seems like a sure fit and an easy one to be made for early next year.

Korobov has been on HBO twice and looked bad both times in different ways each night. Why not match him up with Tureano Johnson, a man who seemingly can’t buy a fight and see if the styles of the two fighters do not produce an entertaining fight on ESPN2 or a cable network show that could be a high quality match up.

Tim Bradley is in between a rock and a hard place. Bradley easily won a fight on Saturday night that was ruled a draw surprisingly. Bradley has been on a streak of about seven straight tough, physical fights. Bradley against Chaves showed that Bradley’s body might be aging and his money that he has made I think may make this the final year we see Tim Bradley in the sport of boxing. To rebound from this draw, I think Bradley should be paired up with the winner of Mike Alvarado versus Brandon Rios III as it would be a name vs. name type fight.

Diego Chaves is the man most fans in America have never seen win a bout and this draw essentially preserves his name for one last fun fight between two brawlers. The essential match up is the loser of Mike Alvarado vs. Brandon Rios barring the loser doesn’t retire, which is a viable opponent with the abuse they’re set to endure.

Next Fight: Loser of Rios/Alvarado

Austin Trout seems to have picked up some momentum from his two fights on ESPN2 and I think myself along with most fight fans want to see him in an interesting fight. Julian Williams has been openly mocking Trout on social media and is a good fighter in the weight class yet still unproven. The fight is a compelling match up and with the natural bad blood leading in, seems like an easy make.

Why not? Tarver has seen better days, but has a name and could use a big payday. Fury if he is a true contender should easily dispatch a faded former heavyweight champ.