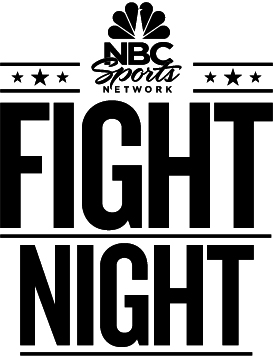 – Jimmy Williams knows he was born for this. His mother knew, too.

She won’t be there to watch him make his professional boxing debut Saturday, Jan. 19, 2013 at Mohegan Sun Casino, but she’ll guide him every step of the way.

“I take her spirit with me every time I step in the ring,” Williams said. “I fear nothing.”

Williams’ mother, Belinda Jordan Williams, died in November of 2008, the victim of a homicide police in Williams’ hometown of Plainfield, N.J., have yet to solve. Her partially-clothed body was found strangled to death behind an abandoned building with signs of a struggle evident by the cuts and scratches on her face. The case remains unsolved. No leads. No motives. No answers.

Though the trail has gone cold, Williams remains in hot pursuit of the truth while chasing his dream of becoming a world champion, a dream his mother always knew he’d follow, even if he didn’t quite know it at the time.

“We were tight. She knew me well,” said Williams, a 26-year-old welterweight prospect now fighting out of New Haven, Conn., where he once starred as a defensive back for the Southern Connecticut State University football team.

“Even during my football days, she told me to never rule out boxing. She told me football was just a phase. We used to argue sometimes. I’d tell her, ‘I’m going to play football!’ but she always kept boxing in the back of my mind.”

Williams actually began boxing with his uncle when he was just 8 years old, but stopped during high school as he became more involved with football. After a standout career at Plainfield High in which he was named one of the nation’s Top 100 players as a senior, Williams was recruited by several Division I colleges, including Virginia Tech, Rutgers and Penn State. He fully committed to Western Michigan until the entire coaching staff that had originally recruited him was abruptly fired; by then, the only school still interested was Southern Connecticut State, leaving him with no options.

“I committed without even visiting,” Williams said.

As a three-year starter, Williams blossomed as one of the nation’s premier defensive backs in college, but everything changed in 2008 when he learned of his mother’s death during a team meeting.

“My sister kept blowing up my phone,” Williams said. “She never really called that much, so I knew something was wrong. I still remember the words she said to me – ‘Don’t stop doing what you’re doing. Keep working hard.’

After college, Williams entertained thoughts of playing in the NFL. He wasn’t drafted, but he was invited to several post-draft workouts, starting in Oakland with the Raiders. Similar workouts followed with the Atlanta Falcons, Kansas City Chiefs and Indianapolis Colts, but after tweaking a groin muscle while training with the Raiders, Williams wasn’t quite the same physically, and his dream of playing professional football came to a sudden end.

“A lot of teams told me to go play in Canada,” he said. “I couldn’t run as fast as I wanted to. I just lost my spirit. I got discouraged.”

Enter boxing, which was always Williams’ first love. Back in New Jersey, he resumed training with his uncle and competed in the state’s Diamond Gloves Tournament, but lost in the opening round, his nine-year layoff a contributing factor.

“I was too stiff,” Williams recalled. “I couldn’t move around the ring.”

Those who had watched Williams in the gym knew there was reason for optimism despite his performance. Underneath his football physique – he bulked up to 180 pounds as a college defensive back – he still had the body of a slick-punching, welterweight capable of out-boxing anyone in his class. Once he shed the extra pounds, he began turning heads in local gyms, including New Haven Boxing, where he made enough of an impression to earn a permanent spot on the roster.

“I used to spar one of their top guys, and they saw day in, day out how I used to bring it to him,” Williams recalled, “so they asked me to join their gym. That’s all she wrote.”

With a new team behind him, including promoter Jimmy Burchfield, who recently signed him to a promotional contract, Williams will make his highly-anticipated debut Jan. 19 on the undercard of NBC Sports’ nationally-televised Fight Night series, co-promoted by Main Events and Classic Entertainment & Sports.

“When I got back into the ring, I didn’t know it would come to this,” he said. “This is my goal. I want to become a world champion, and this is the first step.

“Signing with CES, I think they’ll give me my chance. I’m excited. I’m fired up. I’m ready to go. Words can’t express how I feel. Whoever they put in front of me, I’m willing to beat. I’ve made it this far and been through so much already. Nothing is going to stop me now.”