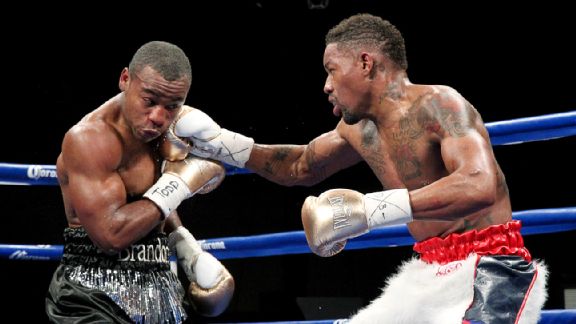 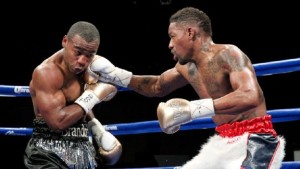 Commentators:
Joe Tessitore will be ringside with analyst Teddy Atlas  describing the action for ESPN2, while studio host Todd Grisham (@GrishamESPN) will provide the latest boxing news and information. Delvin Rodríguez and Pablo Viruega will call the fights for Noche de Combates (Fight Night) on ESPN Deportes, while Leopoldo González and Claudia Trejos will anchor the studio. Bilingual reporter BernardoOsuna (@osunaespn) will present live interviews and reports for both shows.

Boxcino 2015 Fighters and Matchups to be Announced on Telecast:
Fighters and matchups for this year’s Boxcino 2015 tournament — featuring  fighters in the heavyweight and junior middleweight divisions — will be announced during this week’s Friday Night Fights and Noche de Combates telecasts (boxers are paired and the brackets created by random drawing).