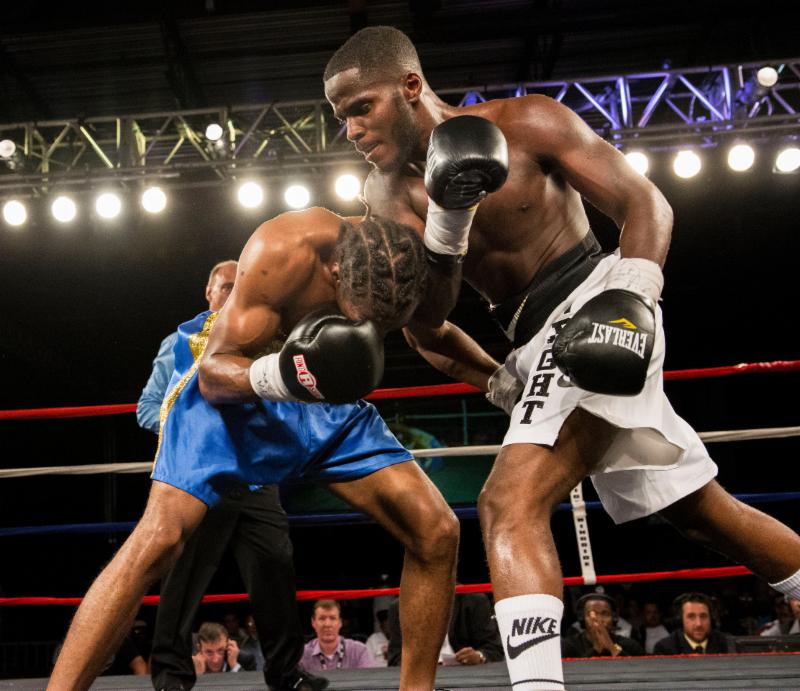 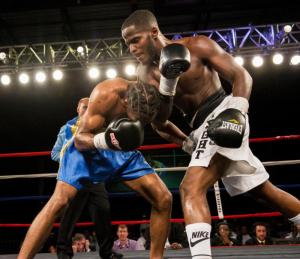 It was yet another great evening of boxing as Joe Hand Promotions & D and D Management staged the 2nd installment of Tuesday Night Fights at a near capacity crowd at the 2300 in South Philadelphia.

The series which is designed to showcase young up and coming talent from both the professional and amateur ranks in the Philadelphia region delivered excitement for the 2nd consecutive show.

In the final professional bout, Donte Wright made a successful pro debut by winning a hard fought and grueling 4-round majority decision over Lionel Charles of New York. Scores were 39-37 twice and 38-38

In the middle bout, Avery Sparrow (2-0, 1 KO) scored an explosive 1st round stoppage over Hassan Wasswau of New York in a scheduled 4-round Jr. Lightweight bout.

Sparrow landed a crushing right hand that sent Waswau plummeting to the canvas very hard. The back of Wasswau’s head bounced off the canvas several times and he was knocked cold at 2:22 of the opening frame. Waswau had to be laid out on a stretcher.

In the opening professional bout, Jr. Welterweight Jerome Conquest out hustled Sidney McCrow of New York to win a 4-round unanimous decision in a battle of pro debuters.

Scores were 40-36 and 39-37 on two cards for the native Philadelphian Conquest. In the amateur portion of the card, Jackie McTamney of Joe Hand Gym defeated Diana Cute in a women’s 125 lb bout. Mark Dawson of D-Boys Boxing defeated Douglas Northern in a 141 lb. bout. Brandon Pizaro defeated Kashad Elliot in a 125 lb. bout. Dylan Price of D-Boys Boxing beat Dallas Holder in a 112 lb. bout. Christian Carto got by Eric Gordon in a 110 lb. bout

The next card of Tuesday Night Fights will take place on November 25 at the 2300 Arena.