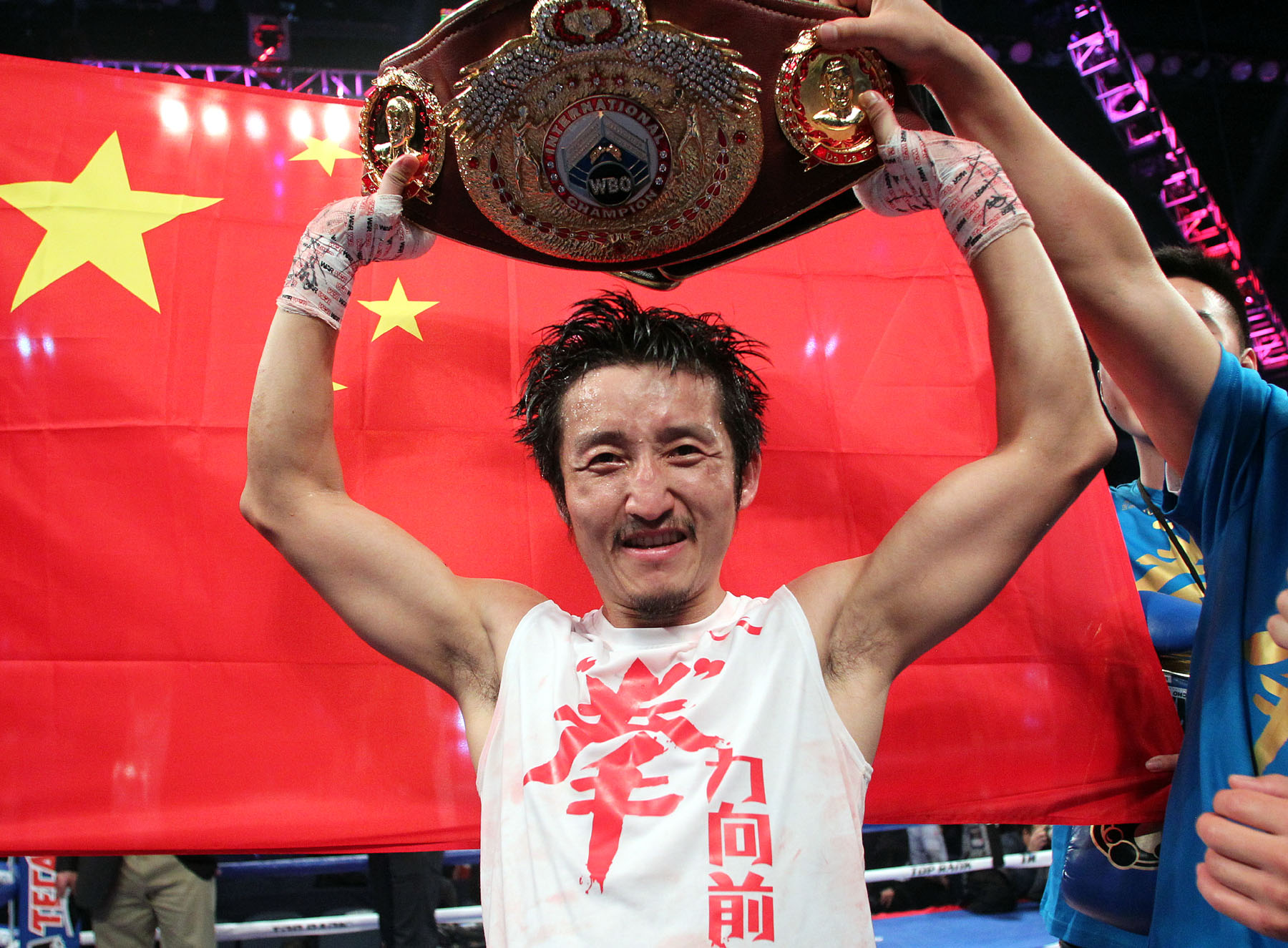 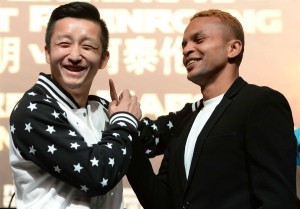 The upcoming Chinese New Year will begin on February 19, 2015 — The Year of the Sheep. But Chinese boxing fans from around the world are hoping it will also usher in the beginning of The Shiming Dynasty. After winning three World Championships and two Olympic gold medals as an amateur, ZOU SHIMIING, in only his seventh professional fight and 23 months removed from his professional debut, will be challenging undefeated International Boxing Federation (IBF) flyweight world champion AMNAT RUENROENG. The Showdown at Sands: Zou Shiming vs. Amnat Ruenroeng will headline an exciting all-action world championship boxing event, Saturday, March 7, at The Venetian® Macao’s Cotai Arena.

Making the Zou-Ruenroeng fight even more intriguing is the history these two warriors already have with each other. Their amateur trilogy began with Ruenroeng winning their first battle — as a late substitute called up by the Thailand amateur team — at the 2007 King’s Cup, which was also Ruenroeng’s first international competition. Zou won the next two times they fought, including a reverse in their semi-final of the 2010 Asian Games that could have gone either way — and did. Now that they are professionals, the stakes are much higher and their simmering rivalry is set to become a roiling boil.

“Beloved in the Peoples’ Republic of China and an incredible talent, Zou has earned his right to fight for a professional world championship belt,” said Hall of Fame promoter Bob Arum. “It is fitting that the Zou vs. Ruenroeng world flyweight title fight take place at The Venetian Macao, which has become one of the great boxing capitals of the world.”

Zou (6-0, 1 KO), from Guizhou, China, and trained by Hall of Famer Freddie Roach, returns to the ring fresh from his most impressive professional victory — a 12-round unanimous decision victory over undefeated No. 3 contender Kwanpichit Onesongchaigym in a world flyweight title elimination bout. Their fight was the co-main event to the Manny Pacquiao – Chris Algieri world welterweight championship on November 22 at Cotai Arena. Zou scored three knockdowns en route to a 119-106, 119-106 and 120-103 victory over his vastly more experienced opponent.

He showed his mettle by fighting through numerous head butts that swelled his left eye shut as well as weathering numerous low blows. But Zou kept his composure throughout the fight showing the world he was ready for a world title shot. Last July 19, Zou stepped up to his first 10-round fight, where he captured the vacant World Boxing Organization (WBO) International flyweight title with a unanimous decision victory over Top-10 contender Luis De La Rosa, proving to the world that he had developed into a world title contender. Zou is currently world-rated No. 1 by the WBO and No. 4 by the IBF. He won his professional debut April 6, 2013 at Fists of Gold, via a dominant four-round unanimous decision over gritty Eleazar Valenzuela.

He followed that up with six-round unanimous decision victories last year over Jesus Ortega and Juan Toscano, July 27 at Fists of Gold II and November 24 at The Clash in Cotai, respectively, and celebrated his 2014 debut with his first professional knockout, February 22, at Ring of Gold, stopping Yokthong Kokietgym in the seventh round. All of Zou’s professional bouts have taken place at the Cotai Arena. One of the most popular Olympic athletes in China, Zou was the world’s greatest amateur light flyweight, capturing gold medals in the World Amateur Championships in 2005, 2007 and 2011, along with gold medals in the 2008 and 2012 Summer Olympic Games. He also owns an Olympic bronze medal from the 2004 games, making him his nation’s first Olympic medallist in boxing as well as its first boxing gold medallist in the World Amateur Championships and the Olympics.

Ruenroeng (14-0, 5 KOs), of Si Racha, Thailand, overcame a troubled past to reach the pinnacle of his division. Beating a severe drug addiction and enduring three prison terms, Ruenroeng found his salvation through a prison boxing program that saw him become a national amateur champion, while still an inmate, as a member of the Thai Corrections Department team. A bronze medallist at the 2007 World Amateur Championships in Chicago and a member of Thailand’s 2008 Olympic team, Ruenroeng made his professional debut in 2012 when he didn’t make the 2012 Olympic team.

He made his presence known to his division in his second year as a professional winning the IBF/Asia flyweight title and successfully defending it three times. He captured the vacant IBF flyweight world title on January 22, 2014, scoring a unanimous decision over Rocky Fuentes. He has successfully defended the title twice since winning it His first title defense was against unbeaten two-division world champion Kazuto Ioka, in Iaoka’s homeland of Oska, Japan, last May 7. In his most recent title defense, on September 10, Ruenroeng survived a knockdown en route to s split decision victory over mandatory challenger McWilliams Arroyo.