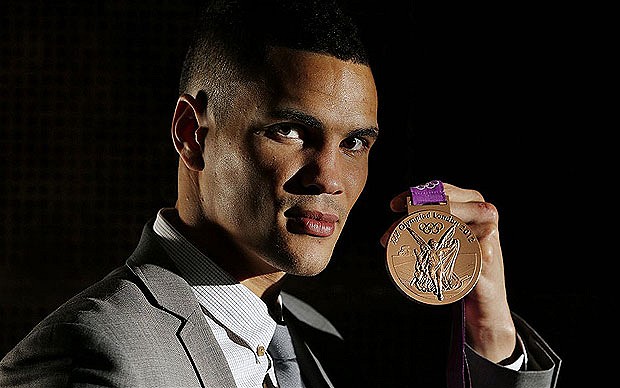 Olympic Bronze medalist Anthony Ogogo will be back in action this Sat., Dec. 14 in the ExCel Arena in London, England where he won his Olympic bronze medal for Great Britain.  The young undefeated middleweight will face Trowbridge, England’s Daniel Blackwell in a 6-round middleweight bout on Matchroom Sport’s fight card headlined by the IBF Intercontinental Lightweight Championship fight between Kevin Mitchell and Karim El Ouazghari.

“I’m really looking forward to Saturday night. I’m boxing back at the ExCel for the first time since the London Olympics so it’s going to be a special night for me and I can’t wait to get back in the ring”.

Owner of an undefeated record 3-0 (2 KO’s) since turning professional in April, Lowestoft’s Ogogo has impressed boxing fans and pundits with his ever-growing skill set and poise in the ring.  On Saturday, the 25-year-old will be challenged by the 20-year-old Blackwell (5-26, 1 KO), an upset-minded competitor looking to shock the British boxing world.