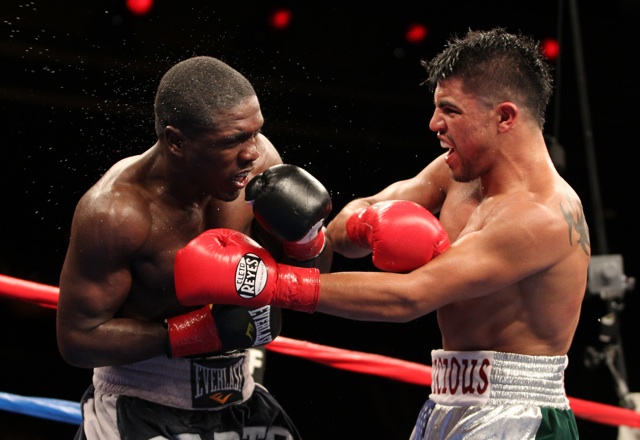 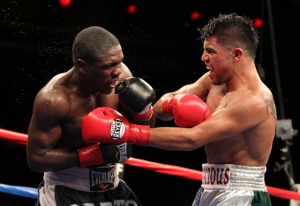 Three years ago Andre Berto and Victor Ortiz put on one hell of a show when they fought each other. Both fighters tasted the canvas on several occasions and would rise up, beat the count and continue fighting on. Victor Ortiz won that fight and moved on to do a lot with his career inside and outside the ring while Berto fought on when he could and it seemed as if the two would not face each other for a second time (even though it almost was) and Berto would love the chance to redeem himself against Ortiz.

“I need to beat his ass,” said Berto. “Hopefully he get’s passed his next fight.”

Should Berto and Ortiz face off for a second time it would be a heated fight. Berto has gone after Ortiz stating that he (Berto) is more Mexican than Ortiz and that Ortiz needs to stop living off of his victory over Berto.

“I’ll walk in with the Mexican flag because I’m more Mexican than he is. I’m gonna have to go in there and finish him off because everybody is saying that they are tired of him. He still keeps riding off this I beat Andre Berto wave. I’m gonna be the one to finish it. I need to stop him. He needs to sit down. He had his six minutes of fame and it’s time for him to disappear. Victor, get passed your next one (opponent) and we will have to give the fans a nice treat.”