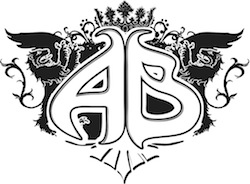 LOS ANGELES, CALIF.) – Former two-time Welterweight World Champion Andre Berto (Winter Haven, Fla.) will undergo surgery to repair a torn tendon in his right shoulder on Wednesday in Los Angeles. Berto suffered the painful and debilitating injury in the second round of his July 27th bout with Jesus Soto Karass at the At&T Center in San Antonio, and was forced to endure the majority of the fight with one arm. Wednesday’s surgery will repair the main supporting tendon of the rotator cuff in Berto’s right shoulder.

“I threw a punch in the second round and when Soto Karass blocked it, my right upper arm connected with his and it felt like fire shot through my arm,” Berto said. “I had no power at all in that right arm and couldn’t hold it up to defend myself. I kept trying to use it, but midway through the fight, I realized I couldn’t and just tried to work my left hand and throw jabs. I threw it instinctually in the heat of the battle later in the fight and yelled from the pain shooting through my arm. I could see that Soto Karass and the referee heard me, and the referee and doctor kept coming to the corner between rounds to check on the injury but there was no way I was going to quit.”

The 29-year-old had to wait a week to allow the extensive swelling to resolve before undergoing an MRI to determine the extent of his injury. After conferring with two of the top orthopedic physicians in the field, he learned that surgery would be required immediately to repair the tear.

“Surgery is obviously never something that anyone wants to deal with, but adversity is nothing new to me,” Berto said. “I know that Dr. ElAttrache is one of the best in the business so I am in good hands. I’m going to tackle this latest obstacle head on and I plan to be back in the ring full force in 2014. I really appreciate all the support that my fans have given me over the last few weeks and promise that you are going to see much more from me in the future.”

Dr. Neal ElAttrache, who assisted Berto with his bicep injury in 2012, will perform the surgery on his right shoulder.