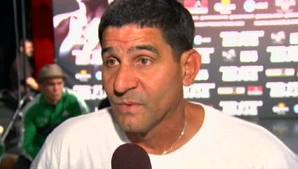 During preparations for his son Danny’s up-coming fight against Rod Salka, Angel Garcia took some time out to speak to Tha Boxing Voice and when he was asked what he thought of a Cotto/Golovkin unification fight he didn’t hesitate to favor the Puerto-Rican to win the fight over 12 rounds.

Although there is a lot of hype surrounding Gennady Golovkin right now, these tactics don’t sound too dissimilar to those employed by Danny Garcia when he was successful as a big underdog against another hyped up heavy hitter, Lucas Matthysse. They worked in that fight so what’s to say they wouldn’t work for Miguel and let’s not forget we have yet to see GGG against elite opposition.