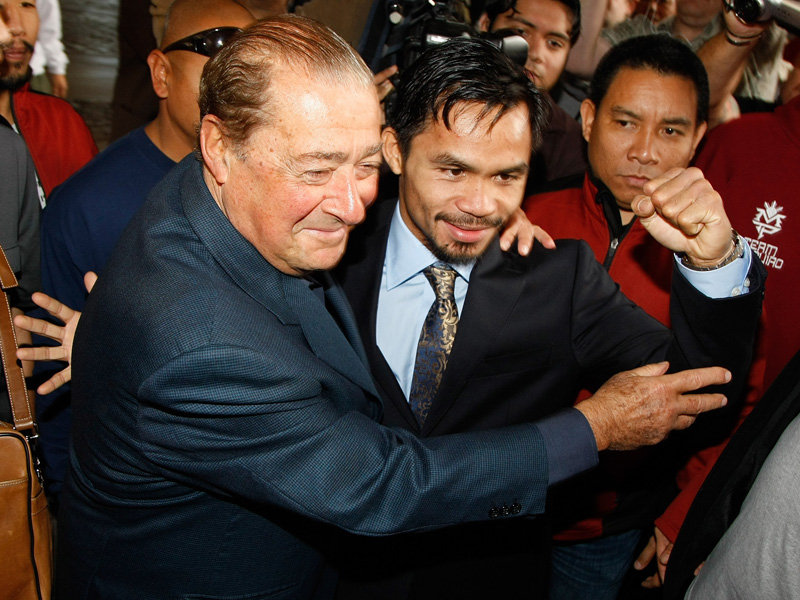 Manny Pacquiao and Top Rank promoter Bob Arum are backing Raymundo Beltran to blast his way to Ricky Burns’ WBO World title at the SECC in Glasgow on September 7, live on Sky Sports in the UK and on Wealth TV in the US.

Arum is confident his man will do the business despite travelling to Scotland for the fight, while welterweight star Pacquiao, currently training for his November bout with Brandon Rios, is confident his friend and sparring partner Beltran will return with Burns’ belt next month.

“I believe Beltran will make it,” said Pacquiao. “He is a nice guy, a good boxer and good luck to him, hopefully he can make it.”

Beltran’s promoter Arum accepts the atmosphere created by Burns’ vocal support is an advantage for the reigning WBO champion but expects a contest the fans will relish.

“Beltran is one of our fighters and always gives a great fight,” said Arum. “Burns is a consummate warrior and the fans are in for a real treat.

“I think this is a 50-50 fight. There is an advantage to Burns fighting on his home turf but he is in with a guy who believes in himself in Beltran.”

Asked about the prospect of the winner facing unbeaten WBO number one Terence Crawford, Arum was bullish that a big night in New York would await.

“That is what we are talking about,” said Arum. “The winner of this fight in Madison Square Garden, against Crawford, as part of a big double header.”

Burns vs. Beltran tops a brilliant bill in Glasgow, with Olympic Gold medallist Luke Campbell MBE boxing for the second time as a pro and joined by John Simpson, Stephen Simmons, Scotty Cardle and David Brophy, with more names to be announced soon.