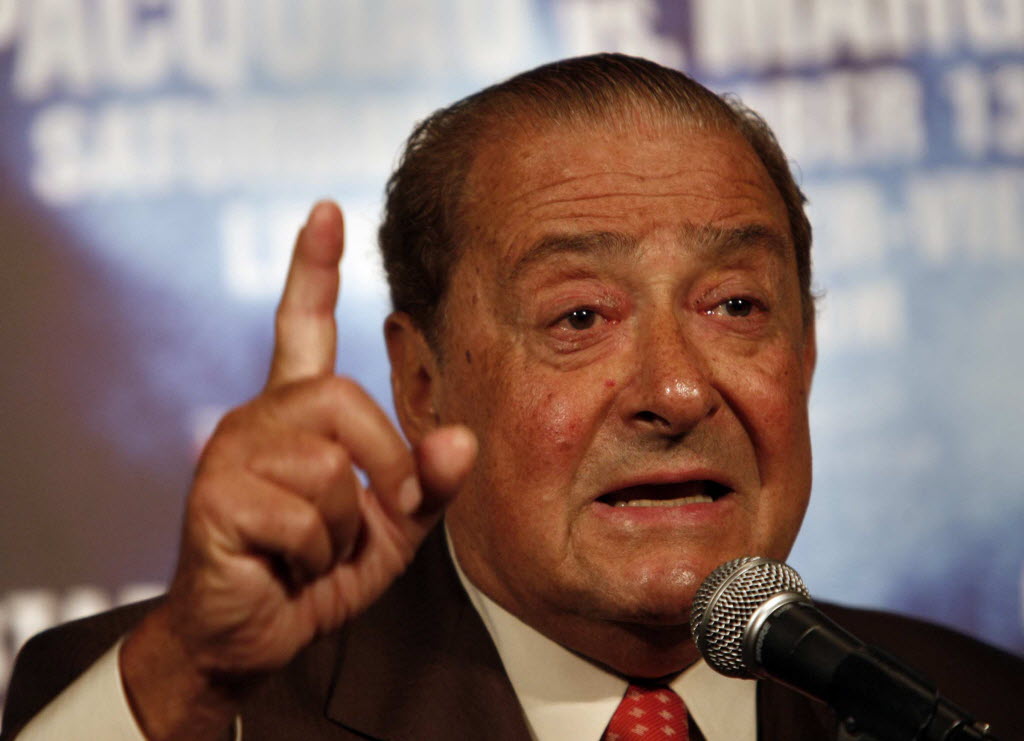 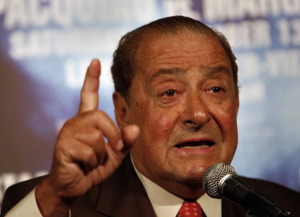 Have Mayweather-Pacquiao negotiations hit a snag?

According to a source that spoke to Sports Illustrated’s Chris Mannix, Floyd Mayweather is demanding two thirds of the revenue from the fight. Among the issues that have led to this fight not being, one has been the money split and according to the source it may be appearing again.

However Bob Arum, the promoter for Manny Pacquiao refutes the rumor. Arum was in contact with the head of CBS Les Moonves and said to Mannix, “Based on my conversation, this is inaccurate.”

Although the numbers for Pacquiao’s last pay-per-view where he defeated Chris Algieri have not been released, rumors in the industry have gauged the number between 350,000 buys to a shade over 400,000 buys. Mayweather’s numbers in his two fights with Marcos Maidana were never released but most insiders feel both fights did between 800,000 buys to 900,000 buys.

However Manny Pacquiao’s rematch with Tim Bradley did between 750,000-800,000 buys. Arum didn’t get specific with the number for Pacquiao-Algieri but told Mannix, “”It’s good for a fight that takes place in Macau. If it takes place out of the U.S., that’s an automatic 40-50 percent reduction. There is no ESPN around the clock, not all the media is involved. In the U.S., that fight does 700-800,000 buys. This goes back to ancient times. The worst performing fight in the Ali-Frazier trilogy was the Thrilla in Manila because it took place outside the country. Even the Ali-Foreman fight didn’t perform that well in closed circuit in the U.S. People say, ‘Well why are you doing it?’ It’s because of the tremendous amount that we make in China.”

Arum also isn’t too concerned about the fight taking place outside of the United States being that there has been rumors of the promoter M. Akbar Muhammad offering a $110 million purse to Mayweather and combined purses of $200 million for the right to stage Pacquiao-Mayweather in the United Arab Emirates.

“If Mayweather signs on, if the deal with us is OK, we have no objection to fighting in Abu Dhabi,” Arum said. “Do I know whether it is real, if it’s real money, of course not. I’m not paying any attention to it. Until they get Mayweather, there is no reason to.”