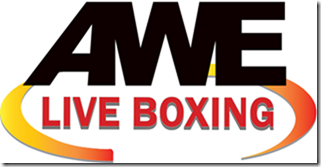 SAN DIEGO (MARCH 4, 2014)–On Saturday afternoon, April 19th,
Scott Quigg will make the 3rd defense of the WBA Super Bantamweight title when he takes on number-one contender and interim champion, Nehomar Cermeno in a 12 round bout that will be televised LIVE on AWE beginning at 3pm eastern / 12 noon pacific.
Boxing fans across the United States can enjoy this world championship bout live via the PlayStation®3 system via the Sony Entertainment Network Live Events Viewer.  The price is $9.95 for approximately three hours of world class boxing which includes the Quigg – Cermeno  main event.  PS3 viewers may subscribe early to the event.
The fight will originate from the Manchester Arena in Manchester, England.
“This is a terrific fight between a world champion in Quigg and the interim champion in Cermeno,”said AWE President Charles Herring.
“Quigg was very impressive on AWE back in November and he will look to stay undefeated against Cermeno who brings in a ton of experience.”
Quigg of Bury, England is undefeated with a record of 27-0-2 with 20 knockouts and is a 7-year professional.
He won the WBA Inter-Continental Super Bantamweight title with a 3rd round stoppage over Santiago Allione.  He made 2 defenses of the title before capturing the British title with a 7th round stoppage over Jason Booth.  Quigg defended the British crown once and then took on Rendall Munroe for the WBA Interim Super Bantamweight title.
That bout ended in a technical draw after a cut to Munroe forced the bout to be halted in the 3rd round.  Quigg then scored a 6th round stoppage in the rematch.
In his first defense, Quigg was held to a draw with highly regarded Yoandris Salinas.  In his last bout, Quigg dismantled Diego Silva (29-2) in two rounds on November 23, 2013.
Cermeno of Panama City, Panama via Barcelona, Venezuela has a record of 22-5-1 with 13 knockouts.
Cermeno won his first 19 fights which included winning the WBA Fedecaribe Bantamweight title in just his 7th start with an 8th round stoppage over Dioberto Julio (15-4-1).  He then won the WBA Fedlatin Bantamweight title with an 10 round unanimous decision over Leonardo Fernandez (12-2-2).  He added the WBC Fecarbox title to his mantle.
Cermeno won the WBC interim Bantamweight title with a 12 round split decision over classy champion Cristian Mijares (36-4-2) and defeated Mijares via unanimous decision in the rematch.  He made one more defense of that title with an 11th round stoppage over Alejandro Perez (22-3-2).
Cermeno then lost two debatable split decision to reigning WBA champion Anselmo Moreno.  He also has a draw with Salinas.
Cermeno has won two in a row which includes winning the WBA Interim Super Bantamweight title with a 12 round split decision over undefeated Oscar Escardon (22-0) August 10, 2013
Tweet