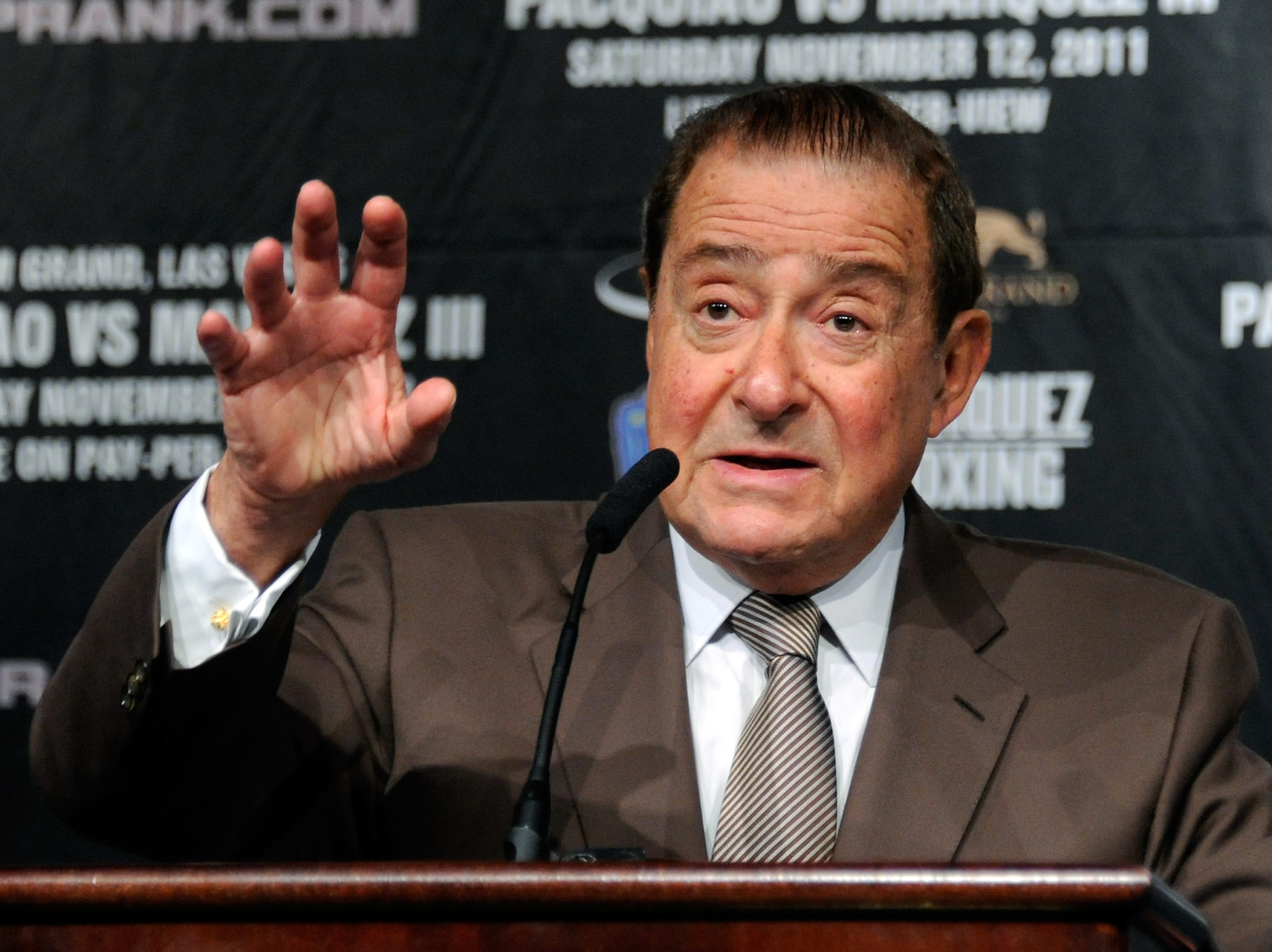 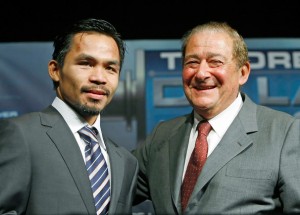 Bob Arum was interviewed on tonight’s ESPN Friday Night Fights telecast and predicted some pretty staggering numbers for the upcoming Floyd Mayweather vs. Manny Pacquiao fight. “Staggering” may even be an understatement. As someone that has been expecting huge numbers for this fight, every number that was brought up, dwarfed most of what I have heard previously.

There have been rumors of tickets going on the secondary market for insane amounts of money. Arum seemed just as flabbergasted by the wealth that is being thrown around as anybody else and then confirmed the crazy prices with with a brief anecdote of his own in regards to an offer he received for ringside seats.

“Ticket demand is the greatest, by far, that I’ve ever seen. I’ve never seen anything like it. I mean maybe it’s the fact that the 1% has so much money, that money doesn’t really mean anything. I’ve been offered for top ringside seats $100,000 a seat, I mean that seems to me to be crazy.”

Arum was then asked if he accepted that offer and dodged it with a humorous response.

The current record for PPV buys is 2.4 million. That record is held by the 2007 Oscar De La Hoya vs. Floyd Mayweather fight. The word going around was that Mayweather/Pacquiao had a real chance of breaking 3 million PPV buys. Arums expectations may be considered “optimistic” by some but at this point, I’m willing to believe anything.

“I think it’s gonna do over 4 million, it might be closer to 5 million. I mean the interest in unbelievable. People who don’t follow sports, and who certainly don’t follow boxing are caught up in this event. Everywhere I go, people are talking about it.”

Of course, it wouldn’t be a Floyd fight if there wasn’t talk of the purses. The difference this time around is that both fighters will have nine figures worth of purse to talk about. Again, word going around was that Floyd would probably be taking home somewhere around $150m with Manny taking home $100m. Again, Bob Arum’s forecast dwarfs our expectations.

If this were any other fight, I would just take all of this with a grain of salt, but for the first time in history there is a real chance that a fight could be big enough to actually meet Bob Arum’s lofty expectations. These numbers really do boggle the mind.