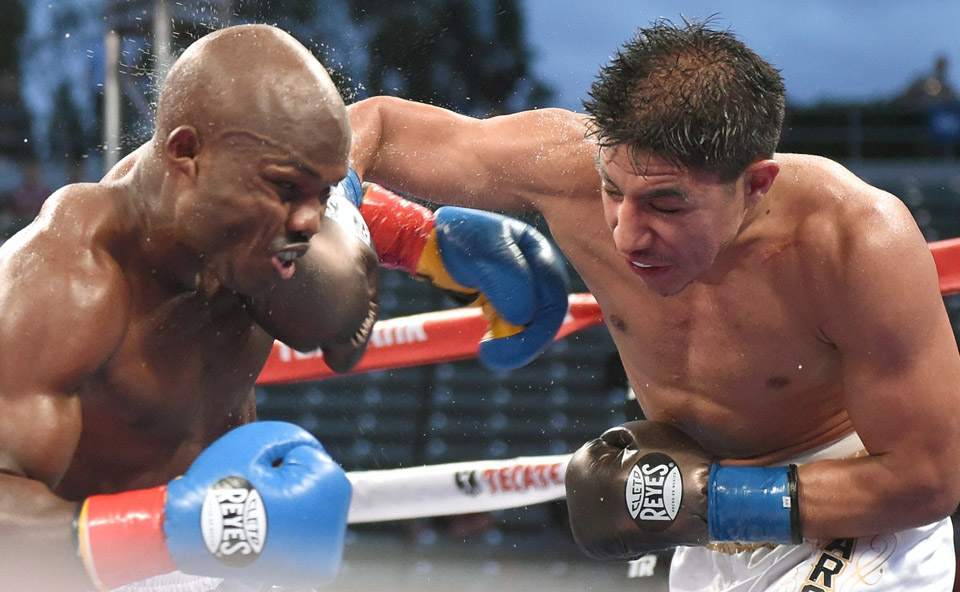 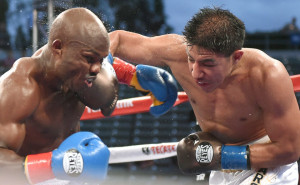 Timothy Bradley was rocked in the final moments by a huge overhand right from Jessie Vargas, but survived what was a bizarre finish to claim the interim WBO welterweight title by unanimous decision on Saturday evening.

Bradley (32-1-1) dominated the majority of the fight against the previously undefeated Vargas, who was moving up from the light-welterweight division. Vargas nailed Bradley with the right hand and “Desert Storm” was out on his feet.

However, Referee Pat Russell called the fight 10 seconds early, thinking the 10-second warning was actually the bell to end the fight, leading Vargas to believe he had just won by TKO.

While the StubHub Center booed Pat Russell loudly, Bradley did acknowledge that the overhand right hurt him but laughed at those who thought he could have been stopped had Russell not blown it.

“He landed a great shot; he hurt me, but I would have finished. Come on, I survived Provodnikov.”

Although Vargas was undefeated, this was his first real fight against legitimate competition, and he was getting out-classed for most of the fight. Bradley was applying constant pressure, landing ferocious combinations, and devastating slip-hooks to the body.

Vargas was tentative, and Bradley was using his psychological advantages to exploit his adversary’s weaknesses. Although Vargas caught Bradley with several big shots coming in; Bradley seemed to walk through them, with the exception of the overhand right in the 12th.

The fight was initially billed as for the WBO Welterweight title.

Floyd Mayweather Jr., who beat Manny Pacquiao on May 2nd to claim the belt, missed the deadline to let the WBO know of his intentions, but he was given an extension to July 3rd to declare those intentions.

If Mayweather decides to vacate the belt, Bradley will be promoted to ‘Regular’ status. However, in an interview with Tha Boxing Voice following Adrien Broner’s defeat to Shawn Porter last Saturday, the undisputed pound-for-pound king of boxing is unsure of which belt he will vacate.

Mayweather is also in possession of the WBA & WBC light-middleweight titles.

Many in the boxing world said Bradley needed a dominant performance to prove he’s still one of the best pound-for-pound fighters in the sport. Did he do so? Let us know what you think.