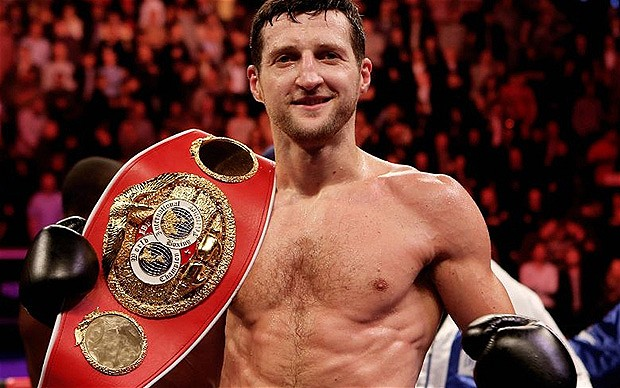 Carl Froch appears on The Jonathan Ross Show at 9.20pm on ITV1 tomorrow night (April 6) as his sold-out blockbuster rematch with Mikkel Kessler on May 25 at the O2 Arena in London, live on Sky Box Office in ‘Warriors’ Call’ in association with Betfair.

The Cobra is seven weeks away from the crunch clash with the Viking Warrior, and takes time out from his training schedule to join Hollywood stars Sir Ben Kingsley and Audrey Tautou on the sofa, with music provided by Alt-J.

Froch and Kessler revisit their epic battle of April 2010 when Kessler claimed the Nottingham star’s WBC super middleweight title in Herning, Denmark after 12 brutal and enthralling rounds of action. Kessler’s WBA belt and Froch’s IBF title are on the line in London, with chief support on a massive night of boxing coming from unbeaten super middleweight contender George Groves.