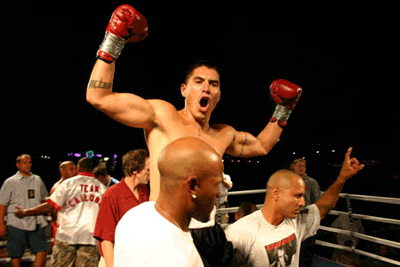 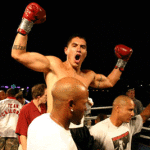 Oklahoma’s popular world rated middleweight contender, “Comanche Boy” George Tahdooahnippah (34-1-2) cruised to a one sided ten round unanimous decision victory over the very game Tracy Sneed (27-3) this past Saturday on August 23 at the Remington Park Casino in Oklahoma City, OK. Scores were 97-92 by all three judges.

Tahdooahnippah was in control of the fight every round. Sneed was awarded a questionable knock down in the third round. Tahdooahnippah rebounded by dominating every round with his speed and defense.

This was Tahdooahnippah’s first ten round bout that went the distance and he was very confident in his conditioning. “I was very confident in my skills and speed. I felt tremendous. As always, I wish I could have knocked him out, but I’ll settle for the victory. I will take a few days off and be back in the gym to get ready for my next fight.”

Tahdooahnippah picked up the vacant Oklahoma State Super Middleweight title with his victory over Sneed. The Comanche Boy looks to get back in the ring in as soon as possible with details soon to follow. The event was brought to you by HD Boxing.