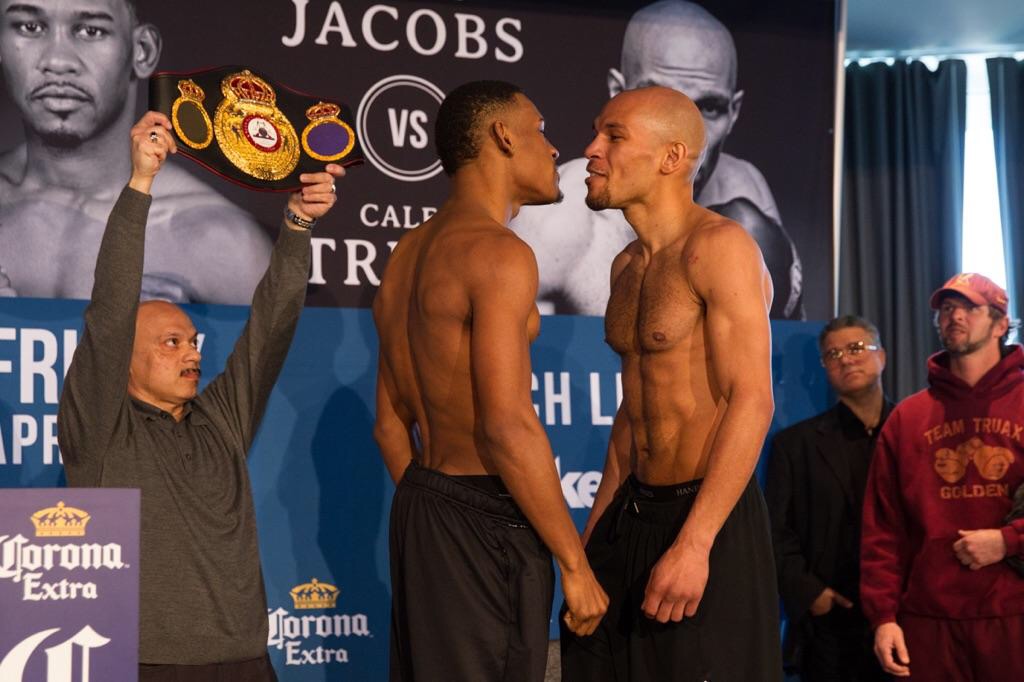 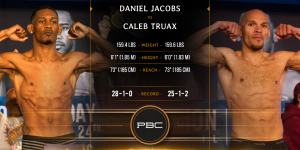 Tonight’s “PBC” series broadcast came to us live from the UIC Pavilion in Chicago, Illinois, and it was aired on Spike TV, their second showing of Al Haymon’s brain child. The co-feature offered up Danny Jacobs defending his paper championship against Caleb Truax, a fighter whose only claim to fame is a scored knockdown against Jermain Taylor in a losing effort and a win against Don George.

The fight was extremely uninspired as Truax was content with doing the bare minimum and didn’t take any chances at all. The first round was something of a feel out, although Jacobs set his rhythm. There were openings that Truax just did not take advantage of and moments he did nothing with despite Jacobs’s early reluctance.

As the fight progressed, the action did not and we were subjected to bouts of boredom. That’s not to say that Jacobs wasn’t impressive because he absolutely was throughout the performance. He was picking off Truax shots, and he was countering with precision. The jab was a much-underutilized tool for Jacobs in this fight, and it would’ve served him well, but when he did use the jab it was on point and snapped back the head of Truax.

By the 9th round, Truax was still refusing to give Jacobs anything and stayed the course. Jacobs picked his shots well to this point, but he was hesitant to really let go his hands, and not just in terms of quantity. Jacobs would land hard flush shots on his opponent, but he seemed to pull those punches just a bit, and perhaps it was a commentary on his overall game plan.

In the 10th round, Jacobs finally got aggressive and with about 90seconds left in the round, Truax was hurt against the ropes as Jacobs’s smelled blood and attempted the stoppage. However, Jacobs caught a couple hard shots coming back in the process, and they definitely had enough on them to back Jacobs off.

With a just over a minute left in the 12th, Danny Jacobs finally pressed the fight and found a big opening with a right hand that landed high on the temple of Truax, which was good enough to take away his legs. Truax landed on the ropes, which saved him from going down, and the referee correctly scored it a knockdown.

Truax was able to get up, but he was clearly still hurt. Jacobs smelled blood and went for the finish, which he earned moments later with a barrage of punches on a wounded Jacobs.