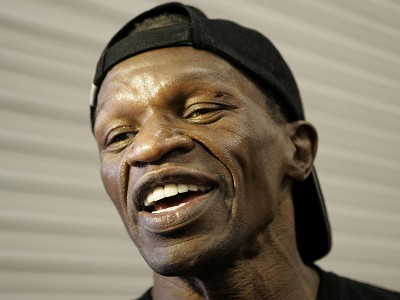 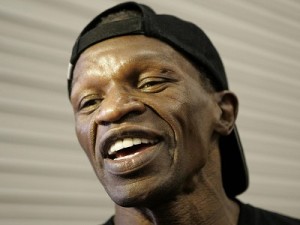 Floyd Mayweather Sr. is always good in front of the camera. The man credited with training one of the best fighters in boxing history from a young child to a mega superstar; he’s never short on words. The grand spectacle that is Mayweather-Pacquiao is next week. There is a lot of hoopla, snafus, and whatever you want to call it behind the promotion. There might even be a chance that the fight ends up being dull. But one thing’s for sure, Mayweather Sr. feels Manny Pacquiao is just another guy standing across the ring come next Saturday.

“Everything is good. My honest opinion, he’s just another opponent, no more no less,” Mayweather Sr. told the media on hand at his son’s public workout.” Regarding Pacquiao putting up a good fight Mayweather Sr. says, “It’s always possible, but I would say impossible, it ain’t real. Unless you feel that way or think, it’s possible.”

Pacquiao is undoubtedly the best fighter Mayweather has ever stepped in the ring with. But by the way Mayweather Sr. was talking it’s almost like whatever Pacquiao brings to the table isn’t going to be good enough.

“I’m not worried about Manny being nothing,” stated Mayweather Sr. “I don’t worry about his speed, power, and his thoughts his mind; he’s going to get his ass whopped. You know it as well as everyone else here.”

Pacquiao’s trainer and Mayweather Sr. have never seen eye to eye. The rivalry is deep, and it stems from Roach winning multiple Trainer of the Year awards while Mayweather is shunned out. Now just days of the biggest fight in this era and one of the biggest bouts in boxing history, the two will be coaching their two best and most prized pupils. Never short on remarks about Roach, Mayweather Sr. kept it short and simple, “Freddie Roach is a joke you know that.”