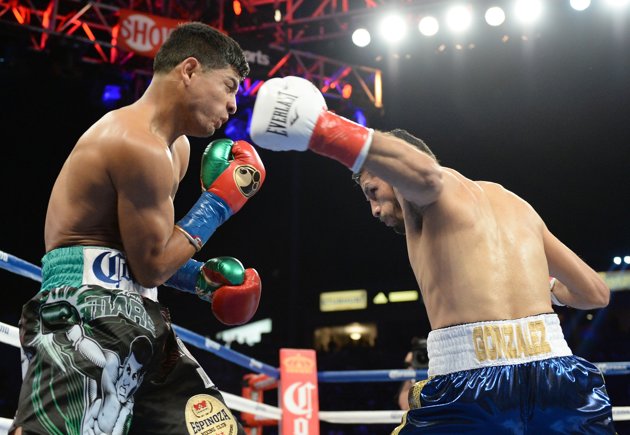 One of the biggest cardinal sins in boxing is to look past your opponent by thinking about a future fight with a bigger name instead of putting your full focus on the fight that you have in front of you.

It was no secret going into the fight that just about all of the boxing pundits felt that Mares would be too much for Gonzalez, yours truly included. A panel in Ring Magazine comprised of seventeen boxing writers from various publications all picked Mares to win and all said that it would be via stoppage. The odds makers had Mares a wide seven to one favorite. With all of that being said, it’s hard to not imagine that possibly Mares saw a lot of the things written about this fight on the internet and maybe some of  it could have sunken in.

Taking nothing away from Jhonny Gonzalez’ thrilling victory but it isn’t out of the realm of possibility to think that maybe Mares underestimated him.

Gonzalez said he saw something in Mares during the press tour that indicated to him that something just didn’t seem right with him. He felt that Mares didn’t seem as confident as he had in the past leading up to previous fights. Whether or not it was a matter of confidence or not, something may have been off.

Although it was mentioned that a rematch clause was put in the contract, it will be interesting to see what Mares does next. When asked about his future plans he did say that he would fight anyone, but he also indicated that he needed a break because of the tough fight schedule that he has had in recent years. So it’s possible that Gonzalez may not face Mares next in an immediate rematch, and he could be the one to face Santa Cruz in what could be an all out Mexican war.

It must be noted that Mares was very classy in defeat and gave Jhonny Gonzalez full credit for the victory while making no excuses. Gonzalez was also very classy and said that one loss does not define a fighter and that Mares would  be  a champion again one day. It’s hard to disagree with him when you look at all of what Mares has done thus far in his career.