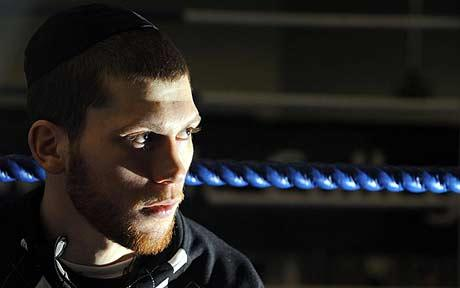 Bringing together some of the best up and coming NYC area fighters, Dmitry Salita’s Star of David Promotions bring another edition of Brooklyn Brawl: Bragging Rights to the Fight Factory in Brooklyn, NY this Thursday August 22nd. With eight scheduled bouts set to entertain what will surely be a sold out crowd, Salita has used his local celebrity to put together a card that will create local stars out of cross town rivals.

The main event for the night will be a six round cruiser weight match between Miron Kadyrov (3-2  2KO’s) of North Carolina by way of Rybalko, Russia against Springfield, MA’s Jose Torres (1-2 1KO). With both men having their share of losses it should bring out the most of each fighter who are surely looking for an emphatic, unarguable win.

For the co-main event another six round bout this time in the light welterweight division is set as Treysean Wiggins (3-1 3KO’s) of nearby Newbrugh, NY faces Rochester’s Marcus Hall (6-5-1 2KO’s). Having had more fights overall, perhaps Hall has learned from his losses against top prospects Cletus Seldin and Eddie Gomez as he looks to add another loss to Wiggins’ ledger.

Making his way from Detroit, MI, Kronk bred prospect Anthony Barnes (1-0 1KO) will look to continue his career undefeated when he faces off with Joe Yerdon (2-4-2) of Berlin, NY; in a four round super welterweight match. Having had a terrific amateur career as a 4 time Detroit Golden Gloves winner, expect Barnes to make a statement as he puts all his knowledge and prowess on display in front of the Brooklyn crowd.

In a true battle of cross town rivals, Brooklyn and the Bronx go head to head in a match of debutants as Mack Babb of Brooklyn faces Jovan Sosa from the Bronx in a four round welterweight matchup. The two young men will surely go for broke as they enter the paid ranks and look to get a “1” in the right slot on their record.

Also on the bout list is Mikkel Lespierre (3-0-1 3KO’s) versus Rashad Bogar (4-4-1 2KO’s) in a super lightweight fight. Trying to get back on track and back to knocking his opponents out, Lespierre will do what has to be done against the resilient Bogar.

Light welterweight Marco Suarez of the Bronx, NY, will make his debut against Rochester, NY’s Jamell Tyson (3-10-2 1KO) in a four rounder.

Popular NYC based middleweight Pete Reyes (2-0 1KO) will bring his exciting style into a four round fight with Juan Zapata (2-6-1 1KO). Zapata of the Bronx by way of Honduras will need to be on alert for Reyes’ non-stop punching style as he never seems to tire, look for a great performance in this bout.

Brooklyn fighter Glenford Nickey (2-0-1 1KO) will also be in action against an opponent to be announced in a junior lightweight match.

For more information and tickets call 646 -401-5657 or visit www.Dsalita.com or www.fightfactoryny.com.