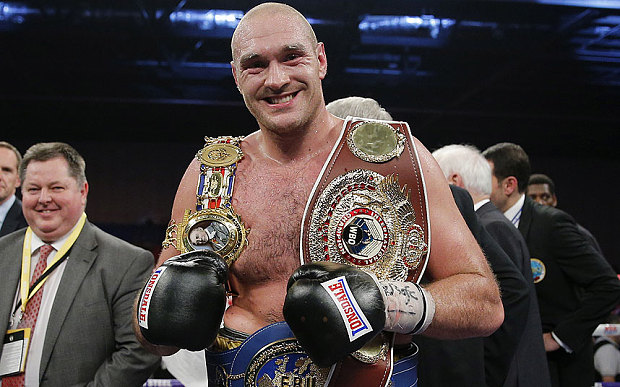 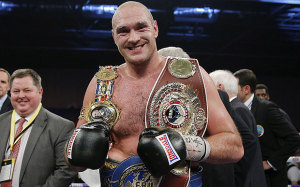 According to BBC Sport, Hearn stated in a press conference, “[A bout between Anthony Joshua and Tyson Fury] would be a massive fight. I would like to make it in six to eight months’ time when it would be even bigger. This could be a natural fight for the end of the summer.”

Joshua is also looking ahead for possible big matchups in the immediate future. He told BBC Sport, “I see Kevin Johnson as a stepping stone. I can’t see him putting a dent in what we are a building. If he provides me with the rounds, that is exactly what we are looking for.”

It is very surprising there have been talks of Joshua stepping up in competition in the immediate future with only 10 fights to his resume. It wasn’t too long ago before his 10th professional fight, he talked about being too inexperienced to face Fury at that particular juncture of his career on Sky Sports. Joshua was asked to respond to Fury’s comments of him saying, Joshua wouldn’t last three rounds because he’s not ready. Joshua replied by saying, “I’d have to strongly disagree with him. I think talent wise and potential I have enough to handle myself against many opponents in the world, but experience wise give me a little bit more time to nurture my skills. For him to call me out when he has six to seven years of experience in the game, I don’t really pay too much attention to it for right now.”

Perhaps Joshua’s management and promotional company came to a sudden conclusion where they believe their fighter already has enough talent and skills, to be able to compete with a top caliber fighter such as Tyson Fury. A bout between Fury and Joshua next summer would surely be an interesting clash between two young undefeated heavyweight fighters from the United Kingdom.