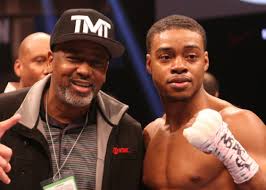 “I want to have at least five fights next year” said Errol Spence Jr. who landed 75 % of his power punches on his way to a knockout victory last Saturday night. Spence feels that staying active will for lack of a better word make him sharp. Spence who is edging his way up to contender status looks to be the most promising fighter from the doomed 2012 US Men’s Olympic team.

As for the pressure of being labeled the best prospects by nearly every credible media organization, Spence looks at it as a wonderful and does not view it as pressure. “Now it is just about going to the ring and proving it, now going from prospect to contender for a world title.” The general rule is about four years after your Olympic debut we should see you near title contention if the fighter is worth their weight in salt.

Spence said that this fight was not about the rounds, the rounds have been acquired, he knows he can get them. Now it is all about the stoppage and fans being engaged in the action. “I want the crowd pleasing wins and in order to get back on Showtime, I have to look great.”

As for a former sparring partner of Errol Spence Jr., Adrien Broner, Spence  explained Broner is campaigning in a division lower than him now and that he would be open to the fight in the future. Spence went onto clarify that 147 is a loaded division arguably the deepest division. For Spence, the need to think of a future fight with Broner is unwarranted, but he is willing to fight in the future with no qualms.