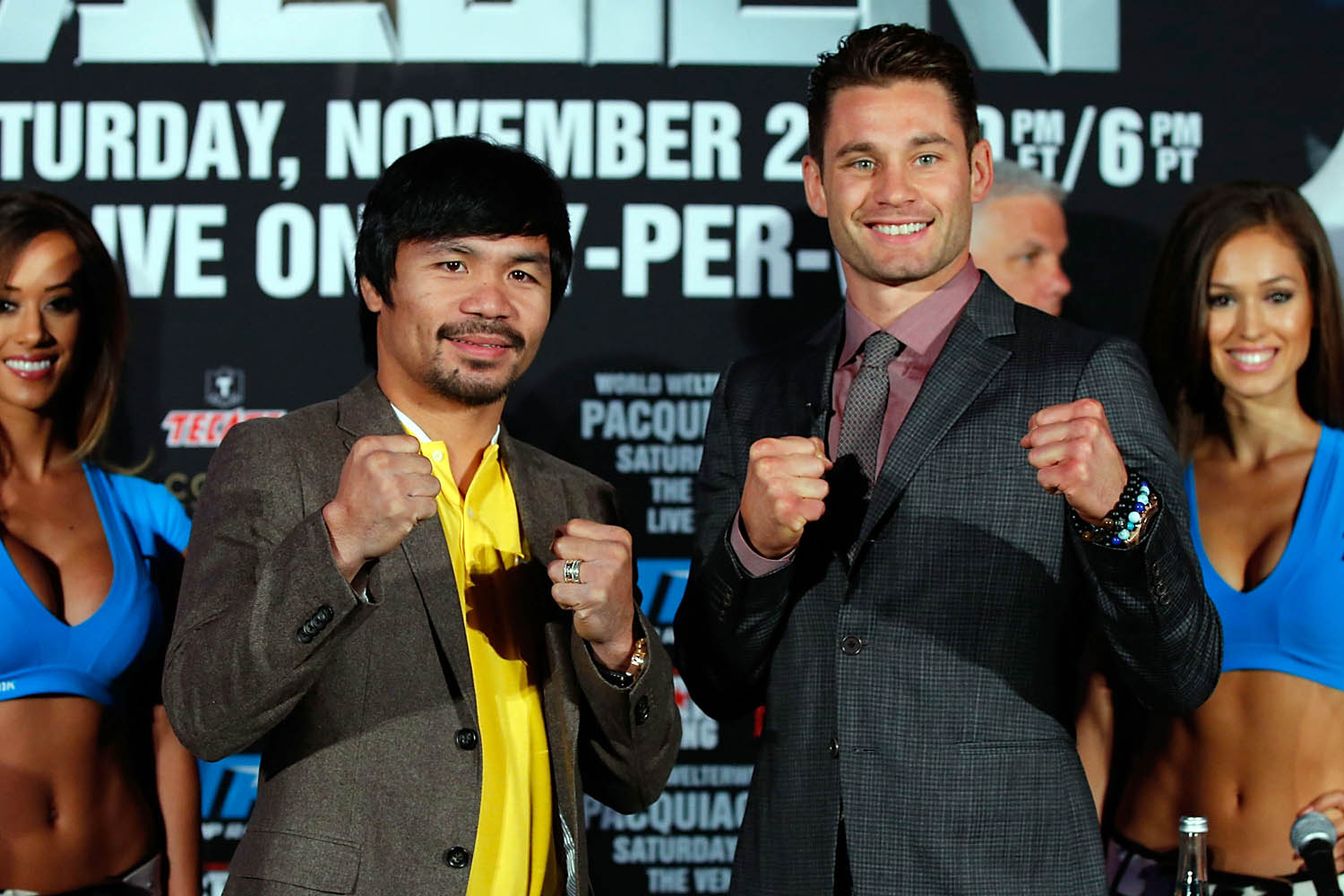 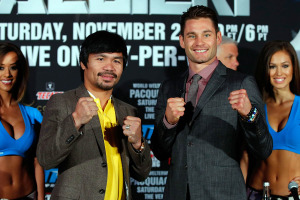 ESPN will present extensive pre- and post-fight coverage across its platforms in English and Spanish of the 12-round Welterweight title fight between WBO Welterweight titlist Manny Pacquiao (56-5-2, 38 KOs) and undefeated fast-rising challenger Chris Algieri (20-0, 8 KOs), who started the year off with a February win over Emanuel Taylor on ESPN Friday Night Fights. The fight, from the Venetian Macao’s Cotai Arena in Macau, China, will be produced and distributed live by HBO-Pay-Per-View on Saturday Nov. 22, at 9 p.m. ET.

o Pre- and post-fight coverage, including interviews with both fighters on Thursday, Nov. 20, during the 8 p.m. hour and planned live coverage of the Friday, Nov. 21 weigh-in.

o News and information platforms will also have pre- and post-fight news and analysis throughout the week.

o Coverage of the press conference on Wednesday, Nov. 19, at 8:30 a.m., and weigh-in on Friday, Nov. 21, at 7 p.m., will be live on ESPN3 viaWatchESPN.com, on smartphones and tablets via the WatchESPN app and streamed on televisions through Amazon Fire TV, Apple TV, Chromecast, Roku, Xbox 360 and Xbox One to fans who receive their Internet or video subscription from an affiliated provider. ESPN3 will also carry the Pacquiao vs. AlgieriRed Carpet Non-televised Bouts Show on Saturday, Nov. 22, at 7 p.m.

o “Fight Credential,” ESPN.com’s home page for all Pacquiao vs. Algieri coverage, will be updated with features, video, photos and social media from all platforms throughout the week and through the fight.

o Additional video, including, HBO’s Under the Lights: Pacquiao-Algieri, HBO’s 24/7 Pacquiao/Algieri and more.

o “Five keys to victory” feature, which highlights what each fighter needs to do to win.

o “In their own words” Q&A with each fighter. View Pacquiao Q&A; View Algieri Q&A.

Schedule of Pacquiao vs. Algieri Coverage Across ESPN Platforms:

Interviews with Pacquiao and Algieri