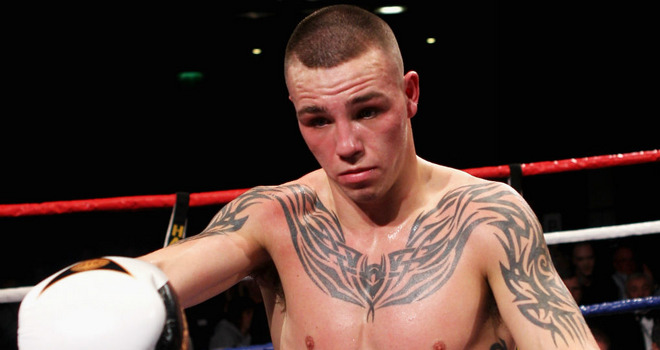 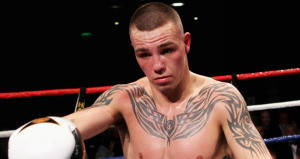 This Saturday night (September 20) in Sheffield, local favourite Adam Etches locks horns with heavy-handed Brazilian Samir Santos Barbosa for the IBF International middleweight title and hopes a stunning knockout win will make the rest of the 160-pound division sit up and take note.

“I’ve watched quite a few videos on him,” said the 23-year-old. “He’s a tough kid and he’s fought for some decent titles over the years. He’s never won a world title, but he’s mixed with some world-class fighters and that shows what kind of pedigree he has. It’s great to share a ring with someone who has been there and done it.

“Of course, every time I get in the ring I want to stop my opponent. It doesn’t matter who I’m fighting. I never want to win on points. This fight with Barbosa is no different. I know it’s not possible to stop everybody, but I always go there with the ambition to get them out of there before the final bell. If I can do that to Barbosa, it will make a big statement to some of the other middleweights in the division.”

The 34-year-old Barbosa was born and raised in Rio Grande, Brazil and has been a professional boxer since August 2001. During his 13-year career he has battled a host of world-class opponents, including Daniel Geale, Sebastian Zbik, Hassan N’Dam N’Jikam and Khoren Gevor, and has a reputation for being powerful yet vulnerable.

He is, therefore, the perfect measuring stick for Etches at this early juncture in his career.

“He can punch and I have to be wary of that,” said the Sheffield star. “He has knocked out five of his last seven opponents, so it certainly won’t be a walk in the park for me. I’ll have to be careful and make sure I don’t get caught myself.

“I think our styles will gel, though, and make for a really exciting fight. He has a similar style to mine but is less skilful. He likes to stand there and have a fight. But, all being well, that should play right into my hands. It’s then just a case of not getting caught, staying focused and taking him out.”

With victory, Etches will add the IBF International middleweight belt to the IBF Youth title he picked up last April. Better still, he will continue to rise up the IBF world middleweight rankings.

“I didn’t start boxing to become a British or European champion,” said Etches, ranked at no.13 with the IBF. “I want to become world champion. It doesn’t matter what world title I win, but it seems the IBF is looking most likely at the moment. I’ve got a good ranking with them and I’m fighting for another one of their minor titles on Saturday. If I keep winning, I’ll keep getting pushed further up the rankings.

“My ultimate aim is to get into that number two slot and force a shot at the world title. But I could also crack the top ten with a good win on Saturday and then be picked by the world champion to fight for the title in a voluntary defence. I wouldn’t say ‘no’ to that, either. To even be in the mix for a world title shot at this early stage of my career is unbelievable.”

Kid Galahad collides with power-punching Brazilian Adeilson Dos Santos in a battle of unbeaten super-bantamweights this Saturday night (September 20) in Sheffield, live on Channel 5 in the UK and on SporTV in Brazil and on FightNetwork in Canada and is sponsored by MaxiNutrition.