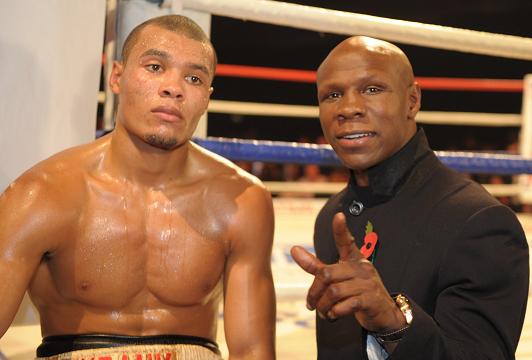 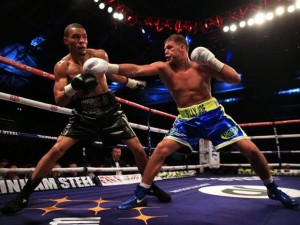 On February 28th, BoxNation will televise Risky Business. A Frank Warren promoted event in London’s O2 arena. Although the headlining bout features Tyson Fury versus Christian Hammer,, the most intriguing match up has to be between Christopher Eubank, Jr. and Dmitry “Night Wolf” Chudinov.

“At the end of the day I think I will be too much for him.” Finished Eubank Jr. as he was being interviewed by a Seconds Out reporter. The 25-year-old, Eubank Jr. just suffered his first loss to Billy Joe Saunders in November of 2014.

Saunders’ solid jab and movement brought him a split decision victory in a hard-fought 12 rounder. Even though Eubank rallied late and did have moments where he was able to showcase his power, it ultimately wasn’t enough. These issues, however, will more than likely not be a factor with Chudinov.

Chudinov (14-0-2, 9KO), is a solid opponent. He is a persistent pressure fighter who keeps the punch volume up. Like a lot of Russian fighters, he appears to have strength behind his punches and a sturdy chin but provides little to no lateral movement and absolutely no head movement.

“This fight is the key to the door and if he gets the key than he’s in, and we can make the rematch [to Billy Joe Saunders],” Warren said as he spoke to IFLtv.

Eubank Jr. also expressed his interest in a rematch with Saunders but was more focused on returning and just winning. “They say a fighter is only as good as his last performance, in my opinion I performed great.” Proclaimed Eubank. He then continued, “From the feedback I got I performed great, but at the end of the day it is a loss on my record, and I want to be back on my winning game.”

Eubank Jr. or “Next Gen” did seem to have a noticeable size difference while standing apart from Chudinov at a recent press conference, but I wonder if that would even matter considering the added motivation of coming off a loss.

“I learned to never leave the fight in the judge’s hands… Leave these guys nothing, start 100% from round 1.” [Eubank Jr. on what he learned from his loss] He then humbled himself and revealed an aspect of fear being the cause of his reluctance to start earlier. Wanting to make sure he would have energy in the latter stages of the fight.

Even with Chudinov seeming to be at a disadvantage, he does appear to pose some serious threats and if Eubank Jr. has not learned from his loss or has unfortunately reached his ceiling, Chudinov will make this one, very long night for Eubank Jr.