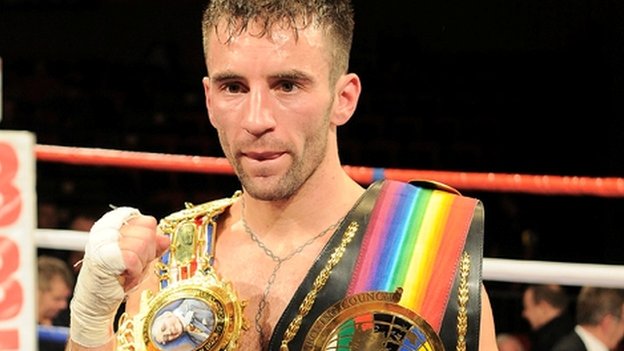 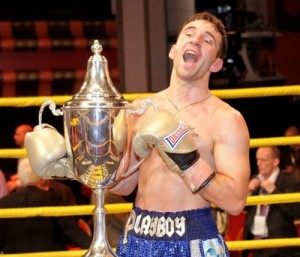 looks to steal the show when he faces Omar Lamiri for the vacant European title on February 21 in Monte Carlo.

The fight, televised by Channel 5, makes up part of the undercard to Gennady Golovkin’s WBA Super world middleweight title defence against St. Helens’ Martin Murray, and former European champion Haskins, thankful for the showcase, is ready to catapult himself towards a world title shot in 2015.

“I always knew I was going to fight for the European title again because I’m the number one contender, but the venue was a big surprise to me,” he said. “A good one, too.

“I’m looking forward to being part of an event like this and boxing in Monte Carlo. It’s supposed to be a really nice place, and I’ve heard lots about it. It should be a great experience.

“I’m also a big fan of Gennady Golovkin. I’ve watched a few of his fights over the years, and it will be a privilege to box on one of his shows.

“I think Martin Murray is a quality fighter who has been in some very good fights. He’s tough, he’s durable and he’s strong. If Golovkin’s punch power is for real, it will be a great test. Nobody has an easy time with Murray.”

Haskins, 30-3 (13 KOs), doesn’t expect to have an easy time with Lamiri, either. At this point in his 11-year career, no good can come from overlooking an opponent. Haskins knows this better than most.

But that’s not to say he isn’t full of confidence going into the vacant European title fight.

“I haven’t seen anything in Lamiri to worry me too much,” he said. “He’s had a couple of good wins over a couple of good fighters, but he’s still a bit of an unknown quantity. He hasn’t really looked spectacular. It will be good to see what he can do on the night.

“I think he boxes a little bit like me to some extent, but he’s more of a rip-off version. He’s quite unorthodox.

“I just think I’ll be too strong for him. I’m very powerful at the weight, and I’ll be too awkward, too quick and have too many tools for him. I’ll be better than him in every department.

“They all say the same thing – ‘We’ve watched Lee box and we’ve worked him out.’ But there’s no way of working me out. Even I don’t know what I’m going to do until I get in there. Fair play to them, if they work me out, but I wouldn’t count on it.”

Haskins is happier at 31 years of age than he’s ever been before. He’s unbeaten since 2012 and is ranked inside the top 15 by the four major world governing bodies. There is perhaps no better time for him to finally realise his dream and fight for a world title.

“I’ve got a lot of experience behind me now and know a lot of tricks of the trade,” he said. “I remember what I was like when I’d had 14 or 15 fights. I was rubbish, to be fair. I was just winning. I never used to train; I never used to take the sport seriously. I just got by on talent.

“Now I’ve got my head properly screwed on and I’m training hard. I’m in the best shape ever, and this is the best I’ve felt since I first started boxing.

“Back in the day they used to say age was a big factor. But nowadays people realise it’s a load of rubbish. Obviously, once you get to a certain age you do feel it, but the science behind the sport and the training allows us to to improve all the time.

“If you’d seen my training a few years ago, you’d have laughed. It was nothing compared to what it is now.

“I’m currently in the best place possible, physically and mentally, and I’ll show everybody what I’m all about on February 21.”