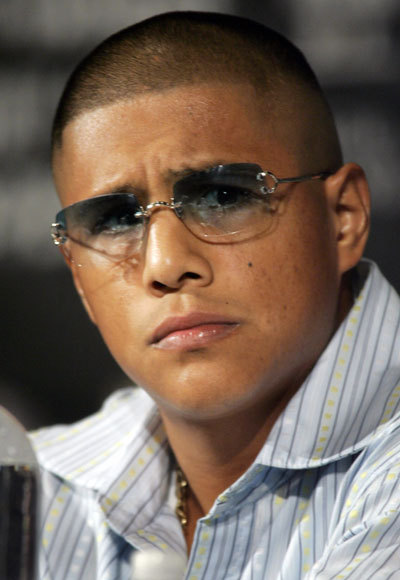 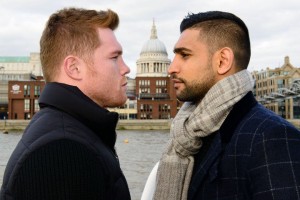 Vargas, a former two-time champion at 154 pounds, admitted that the WBC middleweight championship match-up will be a good fight . . . for Canelo.

“I don’t know about Khan you know . . . it’s a great fight for Canelo, it’s going to make him look good,” Vargas confessed in a video posted by FightHub.

Vargas summed up most of the opinions on Tha Boxing Voice’s bi-weekly show from the panel and the fans, however, Vargas maintained modesty towards his friend Khan.

“I’m friends with Amir and so I’ll just say I know it’s going to be a good fight and I feel that Canelo will win,” Vargas said.

Vargas trains Gabe Rosado (22-9, 13 KO’s) — a respected middleweight who has fought top opposition in Gennady Golovkin, Peter Quillin and David Lemieux — who was previously mentioned as a possible opponent for Canelo after beating veteran Joshua Clottey back in December.

The Clottey fight was Rosado’s first under the helm of Vargas, winning it unanimously over a 10-round distance in New York. But when then the surprise announcement of Canelo fighting Khan came, Vargas may have sighed the lone breath of relief in the boxing world about the news.

“I’m glad that there was talks that we would get that fight after we finished beating Clottey,” Vargas said adding, “I didn’t want that fight right away I wanted at least one more fight before I got comfortable with Gabe.”

Now Vargas will have his wish to work with Rosado more before taking a big fight against the likes of a Canelo Alvarez-type opponent. Vargas did mention that he would jump at the opportunity if a Canelo fight was offered in the future.

If Vargas’s statement sounds a bit cliché, it’s because Vargas himself was a rugged fighter who got into trouble as a kid but used boxing as an outlet and became champion. So he knows clichés. He was not as skillful as some of his contemporaries but his machismo and heart led him to become the youngest junior middleweight champion in history at 20 years old after only 15 pro fights.

It is worth noting that when talking about his man fighting Canelo he said anybody in the ring has a shot to win, but those sentiments were not expressed when he was asked about Khan stepping into the ring with Canelo. Perhaps Vargas is suspect, as others are, of the estimated 10-pound weight difference. But his statement is true, anybody has a chance to win and historically some have overcome weight disadvantages but, like Vargas, we will all have to wait and see.