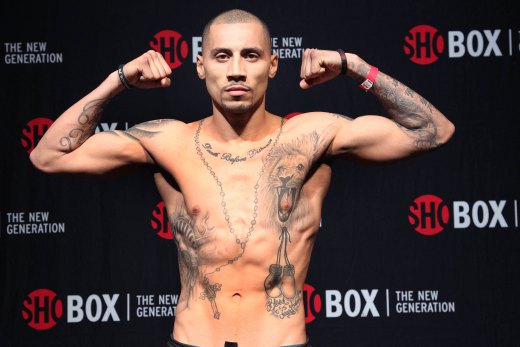 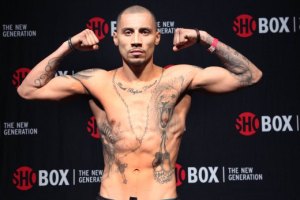 Batista, 29 years of age, from Santo Domingo, Dominican Republic has a record of 14-3 with 7 of his wins coming by way of knockout. He turned professional in 2010 and has been in the ring with former world champion Kermit Cintron, Emanuel Lartey and John Thompson. Galarza of Brooklyn, New York is undefeated at 14-0-2 with 9 knockouts and has been on a roll with wins against three undefeated fighters, in his last four bouts. The 29 year-old Galarza won the New York State Jr. Middleweight title with a 4th round stoppage over Rich Neves (6-0-1) last September at Resorts World Casino New York City. He followed that up with a huge 2nd round knockout this past January over John Thompson (14-0) on ShoBox, The New Generation. After a stoppage over Franklin Gonzalez in April, Galarza returned to ShoBox with an 8-round unanimous decision over previously undefeated Sebastien Bouchard (8-0) on May 16, 2014 at the MGM Grand in Foxwoods, Connecticut.

Floriano Pagliara (15-6-2, 7 KO’s) of Italy, will take on an opponent to be named in a Super Featherweight bout.

Jordan Rodriguez of Brooklyn, NY will make his pro debut against Angel Siguenza (0-1) of Queens, NY in a Bantamweight fight.

* RINGSIDE will be sold on a first come, first served basis…