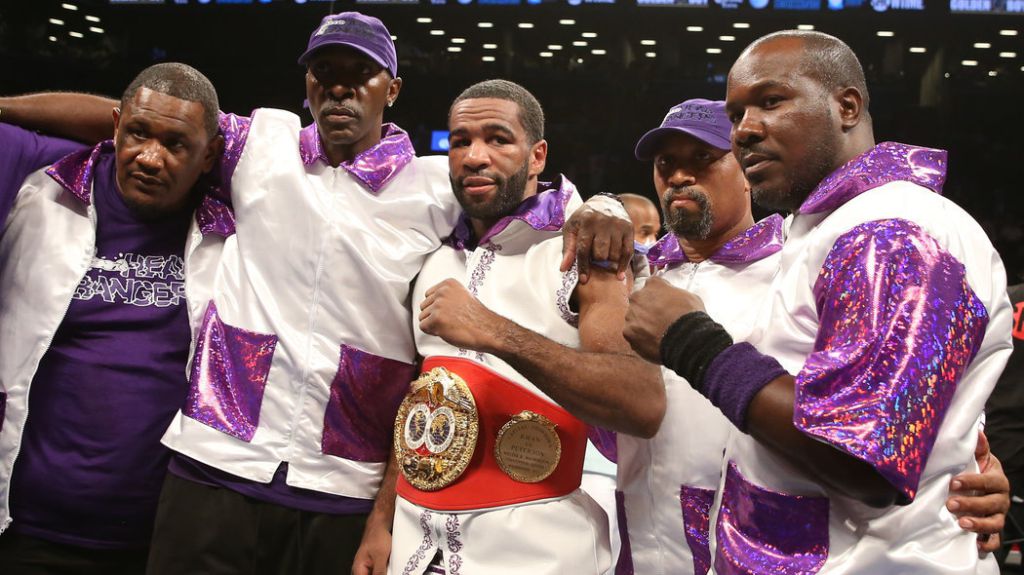 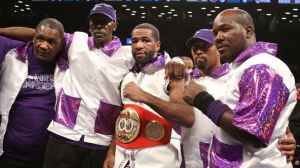 How refreshing it is see an established champion pervade the veil that has been draped over the sport of boxing since it’s inception over a century ago. On the surface the mechanisms for success in the sport seem rather straightforward; if a fighter wins enough bouts he eventually faces the champion of his weight-class, and if he defeats the champion then  is recognized by all as the best in the world in his division. Simple enough right?

Well, no. In the modern age we have four main sanctioning bodies, two colossal television networks, a cacophony of agents, managers and promoters that all interweave with one one and other to create an indecipherable web of confusion when it comes to deciding who ‘the man’ in each weight division is. However, one of the more deliberate methods of establishing who the dominant pug is between each limit is to have two belt-holders face off against each other, let’s say, a pair of light-welterweight champions in Danny Garcia (WBA Super, WBC and The Ring) and Lamont Peterson (IBF).

Fans have been eager to see this fight made for months now, and Nestor Gibbs (@nesgto) managed to grab a few minutes with the Peterson to get his thoughts on how the fight may come about. Peterson replied, “If the fans want to see me and Danny fight I’m willing to do it. Putting all belts aside and all that, that don’t really mean nothing, everybody knows who the man in the division is if me and him was to fight.”

Gibbs then asked Peterson if he would take the fight without any belts at stake and instead fight for the recognition as the best at 140 pounds. Peterson was explicit in his reply. “Belts mean nothing, know what I’m saying?”

That statement may seem peculiar seeing as Peterson does hold the IBF Title, a title that legitimizes him as one of the best out there. But let us have no confusion about one thing, Peterson is fortunate to still hold the strap. He failed a post-fight drug test (unknowingly as he maintains) following his bout with Amir Khan in which he first won the belt and was fortunate not to have been stripped of it, and the only reason he didn’t then lose the belt two fights later when he got stopped in three rounds by Lucas Matthysse was because the fight was made at a 141 pound catch-weight. That being said he has successfully defended it twice since that loss.

Peterson comes across as a realist. A fight with Danny Garcia is a tantalizing prospect now because it is perceived as such, and he is right in that at this point belts really don’t matter because fans just want to see the fight. He may also be covering as many bases as possible to keep the fight(and a monster pay-day) alive. It is no secret that Garcia is slowly edging his way seven pounds north towards the welterweight division, so it could very well  be that should the pair get it on, it will be at a catch-weight, hence nobody’s belts will be up for grabs. Whatever the circumstance, I’ll still be tuning in.