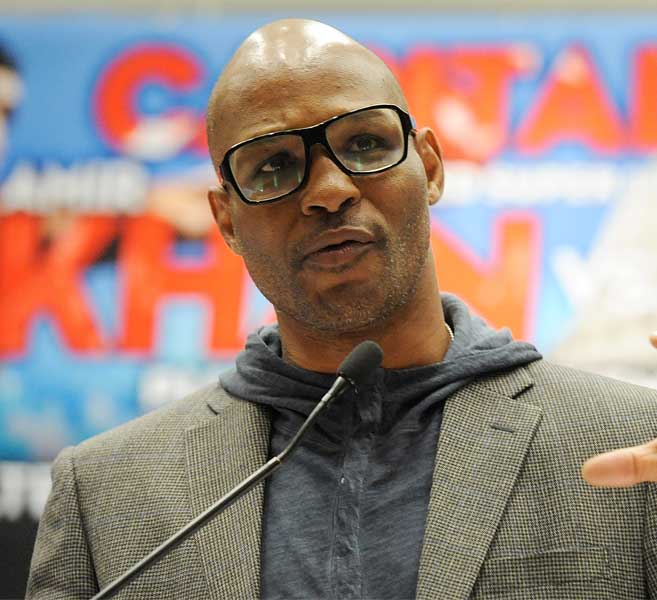 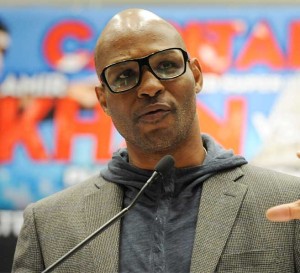 I doubt I’m the first boxing fan to think this, but I can’t wait for November to get here, specifically whichever day in November ends up hosting the light heavyweight unification bout between Sergey Kovalev and Bernard Hopkins – which currently has a working date of November 8th.  Of course I want to see it, but I also feel like it’s too good to be true and would like it to happen before something (or someone) prevents it from happening.

The fight being made is a miracle in a lot of ways. One of boxing’s most prolific writers, Tim Starks (Queensberry Rules), recently wrote about how easy it would’ve been for this fight to have never materialized and broke down the 30 year evolution of matchmaking and the factors that account for its problematic devolve over that time span, giving notation to some of boxing’s most epic matchmaking fails.

Starks’ inspiration for this subject was the fact that Hopkins-Kovalev was actually made, instead of adding to the list of shelved fights that fans most want to see.

Another great writer, Rick Reeno, put out a powerful read the night of Kovalev-Caparello — the fight Kovalev had to win before his unification bout with Hopkins could become a reality — and it was eye opening as well.

Reeno’s story revolved around his exclusive interview with a very candid Hopkins and his decision to take Kovalev. It would be much easier if you read it, but the aspect that I’d like to highlight is Hopkins’ not so unapparent feelings toward Al Haymon and his possible role in the Hopkins-Stevenson debacle.

The revelations made by Hopkins could be deemed obvious, but that’s the problem with Al Haymon because we all assume to know or comprehend his calculating nature, and yet few have ever tabbed him with specifics.

After reading Reeno’s piece I’m convinced that Haymon attempted to stall negations for the proposed Hopkins-Stevenson fight in order to force Hopkins into a stalemate that would see him forfeit the title, giving another Haymon fighter, Thomas Williams Jr., a chance to fight for a title. And even if Hopkins fought his mandatory then Williams would’ve been next in line and that would’ve created a Haymon trifecta. That means we would’ve ended up with three different Haymon fighters all vying for more than one piece of the light heavyweight title picture, but that dream ended with Hopkins decision to fight Kovalev.

I think based on all the evidence uncovered by Reeno and the subtle nuances in Starks’ work we can assess that Haymon’s feelings of the Hopkins-Kovalev fight aren’t particularly enthusiastic, especially when you consider that Hopkins is going back to HBO and working with Main Events, the very promotional outfit that attempted to sue Al Haymon for the Kovalev-Stevenson debacle before dropping it in lieu of making the Hopkins deal.

You can say that Hopkins’ decision to take the Kovalev fight was more than a true champion taking on the very best and giving fans the fights we want to see, it was also an act of defiance against Al Haymon, which is rarely committed in this era of boxing.

But Hopkins has the power to do it and he’s a genuine star in boxing with a ton of influence in the sport. I mean, you couldn’t imagine many fighters in boxing making the same decision against Haymon’s authority.

So now Haymon finds himself in unfamiliar territory with things not going his way and not being able to secure the big fight for one of his primed fighters in Adonis Stevenson. Haymon was outplayed by the crafty Hopkins, and Haymon shouldn’t feel bad because Hopkins out crafts everyone, although I expect that is of no conciliation to Haymon.

So Haymon must ride it out with Bernard and pretend he was behind this decision the whole time.

“Hopkins is my man all the way till the end. I think Hopkins is going to out slick him for about 6 rounds, the other boy will keep coming strong. One thing about Hopkins, when the world thought he was all over when he fought Kelly Pavlik, he beat the hell out of Kelly Pavlik. Bernard knows how to do what he do,” Sam Watson said.

This is a smart move on Watson’s behalf, although he may not have had a choice in the matter. Stay close to Bernard and capitalize off of the potential win, this is the game plan, and should Hopkins lose, well at least Haymon still has Stevenson and can probably get away with making Hopkins-Stevenson with very little fuss from Showtime.

Watson made a comment in the interview that suggested Kovalev was always the fighter of choice for Hopkins and that he preferred that fight over the Stevenson fight.

“He can’t wait to fight this guy (Kovalev), he chose [Kovalev], [Kovalev] didn’t choose [Hopkins] because he could’ve fought Adonis Stevenson but he said ‘naw I don’t want him I want the other guy (Kovalev),’ so he got him now. It’s gonna be a great fight, I’ll be there with Bernard,” Watson insisted.

What a curious thing to say because after all it was Hopkins who from the beginning made it clear that the Stevenson fight was the one to be made. In the Reeno interview, Hopkins said that they (Golden Boy and Hopkins’ team) reached out to Stevenson’s camp several times and that phone calls were never returned and his interests weren’t apparent.

Yet, we’re supposed to believe that Hopkins turned down Stevenson in favor of Kovalev? It wasn’t just Stevenson either because supposedly Showtime had dramatically reduced their guarantee for Hopkins out of the blue.

It is clear that Watson is trying to push the allure that everything is the way it is supposed to be between Haymon and Bernard, but that is not true. Watson would have us believe that the decision to fight Kovalev was a unanimous one, supported by all parties within the Bernard camp. Watson wants us to believe that the Kovalev fight was a calculative maneuver, instead of the deviant turn of events it appears to be.

When asked if the Stevenson fight was the easier fight for Bernard, Sam Watson appeared unsure of how to even broach the question.

“They will meet up one day if Bernard gets passed this guy (Kovalev), Adonis is next on his list, he wants Adonis too,” Watson said.

Perhaps the reason we’re getting Garcia and Broner in meaningless fights is the same reason we aren’t seeing Stevenson in a meaningful fight. Haymon refuses to assist in making any meaningful fights if he can help it and to force his hand is probably blasphemy in his eyes. Hopkins-Stevenson would’ve been meaningful, but the fact that it isn’t happening and Hopkins-Kovalev is takes on a whole other meaning in and of itself.