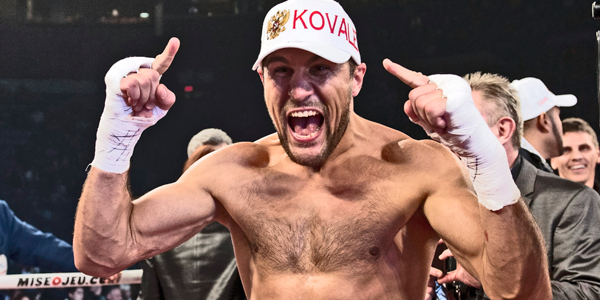 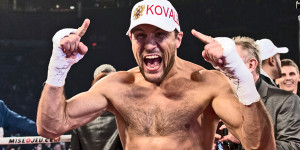 The name Sergey Kovalev is one that has commanded both fear and respect amongst fighters and fans in the sport of boxing. After all, the man has managed to decimate all opposition up to this point, and his last bout against Blake Caparello proved to be no different as he knocked him out in three rounds. Although the result wasn’t necessarily a surprise, his next bout certainly is. Following his trouncing of Caparello, Hopkins immediately confronted Kovalev in-ring and officially announced that the contract had been signed for both fighters to ultimately face each other in November. It was an agreement that left Kovalev happy, but surprised nonetheless. “Yeah, I was surprised he said yes. It was my dream really.”

It would be hard to find someone who wasn’t surprised by Hopkins decision to face a fighter like Kovalev. Up to this point Hopkins has been careful in choosing to face fighter who are young, talented, but still show obvious exploits that have allowed him to overwhelm and overcome their youth with his experience. In Kovalev there are few flaws to expose, but in finding them Hopkins will have to deal with some of the most devastating punches thrown by a fighter. Kovalev is especially aware of Hopkins knack for exposing and defeating younger and highly-touted fighters, but its an opportunity that the Russian welcomes. “He’s very smart. He’s very sneaky. He’s very experienced. Also, I’m surprised that he’s almost 50-years old and a record-holder. I said before, it doesn’t matter who I’m fighting. Bernard Hopkins is next, and I’m very happy. It’s a very big fight, and it’s a very interesting fight for me and the boxing world.”

It also helps that Hopkins wasn’t a fighter Kovalev exactly idolized when growing up and advancing in the sport. It’s an attitude that allows Kovalev to admire Hopkins as a fighter, but keeps the Russian focused on the fact that even Hopkins is human. “[Hopkins] can certainly teach [sic] something because he is very experienced, but I am not scared to fight him or anyone really because I’m the Krusher, and I will send him to Mars.” It’s a quote that bears a lot of weight considering that Hopkins likes to proudly tout the fact that he has never been knocked out in his long career.

Still, many fans and media members alike can’t argue that Kovalev may have the best chance of snapping that streak. “I’m not going to try, but we’ll see [what happens] in the ring. I’m just a fighter, and am just trying to show what might happen in the ring.” With the bout now signed and rumored to be taking place in early November, Kovalev has a lot to smile about. Sure, his career is finally given the opportunity to reach new heights, but it’s also the fact that the same opportunity hasn’t been granted to one of his rivals.

It was no secret that Adonis Stevenson has done his best to avoid Kovalev since winning the light-heavyweight crown. After all, Stevenson promptly switched networks and was hoping to land a fight with Hopkins before even entertaining the idea of facing Kovalev. Instead, Stevenson is forced to wait on the sidelines as he got neither of the fights he wants. With no love lost between Stevenson and Kovalev, the Russian couldn’t help but smile at his opponent’s misfortune. “I’m very happy. I told everybody that Stevenson is a piece of shit. Everybody knows it. All my fans and all of his fans [sic] too.” As Kovalev enjoys a brief vacation before preparation for Hopkins begins, fans and media want to know what it takes to beat a fighter like Bernard Hopkins. “Who knows? We’ll see in the ring.”